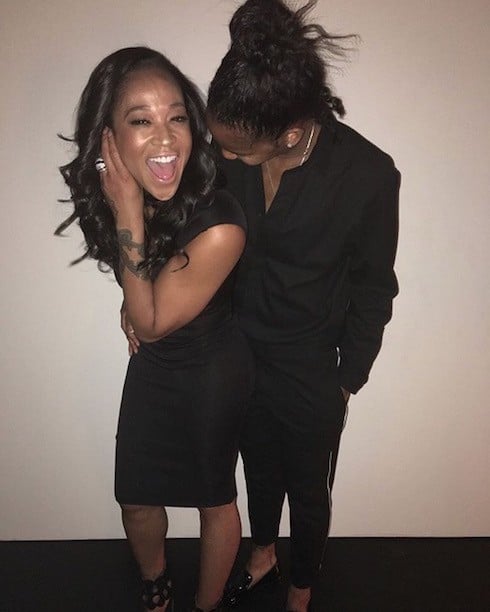 Love & Hip Hop Atlanta‘s Mimi Faust has a new love in her life, and the widest smile we’ve seen on her face in quite some time. So far during LHHATL Season 6, the VH1 icon has been keeping her personal life quiet, and letting her co-stars step up the drama–and it’s a calculated move on Mimi’s part, as she recently explained to a fan.

Mimi, as we previously reported, has been dating Tamera Young of the WNBA’s Chicago Sky for several months. The pair first appeared in photos together at the end of 2016, when it looked like they were just friends (and possibly keeping things very much on the DL).

As the weeks passed, though, they became closer and closer in public, and started taking trips together–which culminated in a February jaunt down New Orleans way for the NBA All-Star Game alongside Tamera’s brother.

RELATED: PHOTOS Who is Tamera Young? Mimi Faust steps out with WNBA girlfriend for LHHATL Season 6

More recently, the pair took another trip together, down Mexico way. And, this time, they went without anyone else accompanying them: 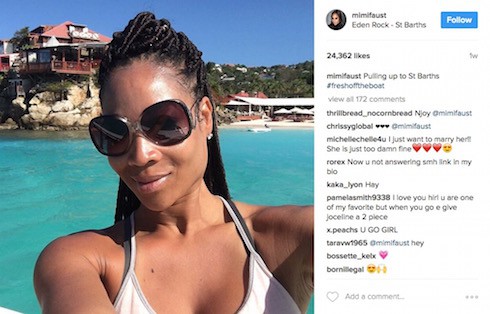 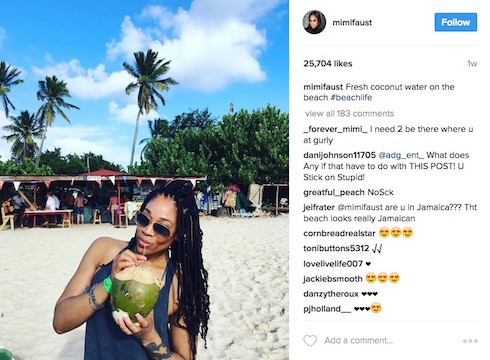 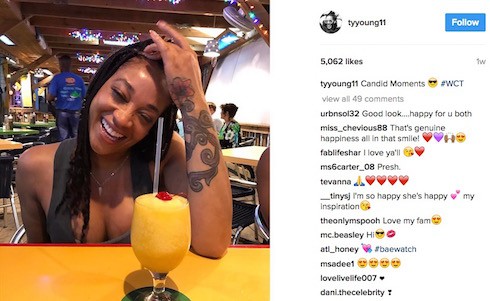 Mimi met with a fair amount of skepticism from LHHATL’s viewers when she went public with her second girlfriend in two years right before LHHATL’s new season. Last year’s brief on-camera fling with Chris Gould left many fans assuming that, this year, Mimi was only hooking up with another woman to keep herself relevant on the show.

But it looks like Mimi and Tamera have a much more stable relationship–something that Mimi credits with keeping her public and private lives separate this time around. Bossip recently noted that Mimi took the time to respond to a fan’s Instagram comment on the photo at the top of this article. “Hope the show don’t bring drama to your relationship,” said the fan–to which Mimi replied “She’s not on the show :)”

(Photo credits: Who is Mimi Faust dating via Instagram)