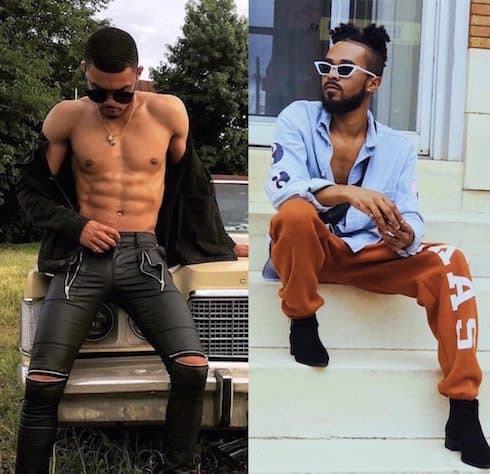 (UPDATE – Since we published this story, it’s emerged that Prince Carter may have fabricated the entire relationship in order to get a spot on the show! Click here to see all the tea Zachary Jones appears to have spilled on Prince, including claims that Prince may have committed fraud.)

The Love & Hip Hop franchise, already one of the more high-profile in reality TV in terms of its casting of gay people, is about to establish another first. Zachary Jones and Prince Carter, transplants to Atlanta from the Washington DC area, are set to become the first gay male couple on LHHATL when the show’s eighth season drops next year.

While we’re establishing the show’s bona fides, it’s worth noting that Zachary and Prince won’t be the first gay couple on LHHATL. Though they don’t often appear on camera together, Mimi Faust and her WNBA star girlfriend Ty Young have been together for two full seasons. And Mimi was with Chris Gould before that, meaning LHHATL has depicted lesbian couples onscreen from Season 5 to the present. 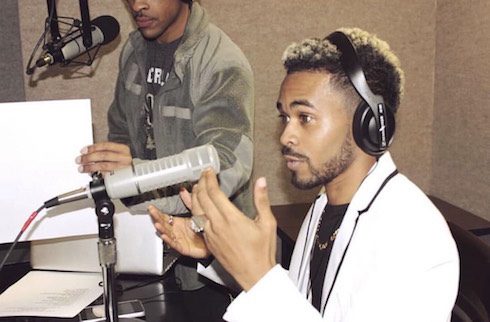 Prince Carter, one half of the first gay couple on LHHATL, seen mid-interview. Photo via SxD PR Firm

Nor are Zachary and Prince the first gay male couple in Love & Hip Hop history. That honor goes to Milan Christopher and Miles Brock, who debuted on Love & Hip Hop Hollywood Season 2 back in 2015. But the fact that the franchise hasn’t featured a gay male couple since then only underscores the importance of featuring one now: as Milan reminded viewers years ago, there’s still a huge anti-gay male stigma in the hip-hop community at large.

The first gay couple on LHHATL will bring the drama

So who is the first gay couple on LHHATL? According to the press release touting their addition to the cast, Prince Carter is a “Celebrity Media Personality” who’s actually interviewed a ton of current and former cast members, among them “Mimi Faust, Momma Dee, Bambi, [and] Erica Dixon.” He’s also worked alongside both Tia Becca and Rasheeda Frost. And Prince is apparently tight enough with Karlie Redd to be considered her “best friend.”

What all this amounts to is that Prince is allegedly very well-connected among the LHHATL cast veterans — enough for him to be “spilling EVERYONE’S tea” next season. 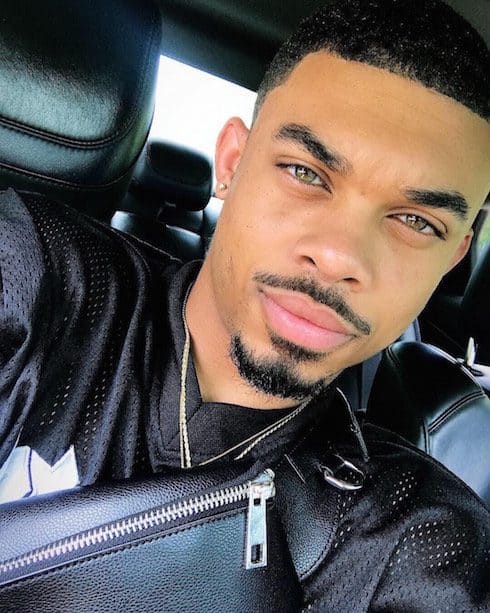 Zachary Jones, by contrast, is a successful FashionNova model with a six-figure Instagram following. It looks like the show’s producers might be trying to set Zachary up as the foil for boyfriend Prince’s potentially philandering ways. “It is reported,” we’re told, “that the boyfriend of an existing cast member cannot be trusted around Prince” — and Zachary “ain’t having the sh!t.”

It looks like the end of 2018 and beginning of 2019 will see increased visibility for the gay members of Love & Hip Hop‘s expansive cast. As we wrote earlier this month, LHHNY participant Jaquae appears set for a ton more screentime throughout Season 9, following his outing by ex-girlfriends Kiyanne and Sophia Body.

Until the first gay couple in LHHATL history makes its big debut, you can keep up with them on social media. In addition to Zachary’s big Instagram presence, he has a growing YouTube fan base. Prince doesn’t appear to update as much, but you can follow his Instagram page here.

Filming for Love & Hip Hop Atlanta Season 8 is underway now. The new episodes are expected to drop in the spring of 2019.

Inside the lucrative business of feet fetishes