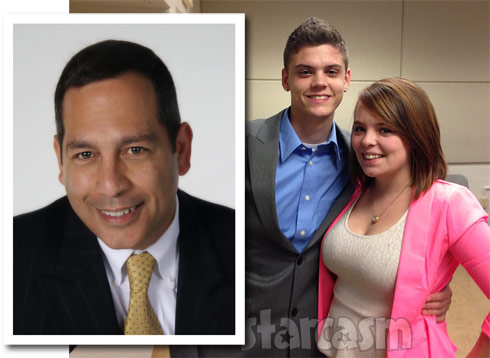 We got the first glimpse of this newly-documented reality last week when MTV aired their first Teen Mom OG after show special which awkwardly featured two different segments — one with Catelynn Lowell, Maci Bookout, and Amber Portwood, and the other with just Farrah Abraham. During the taping of Catelynn, Maci, and Amber’s segment Farrah was seen off-camera offering up her rather derogatory comments, including saying of Catelynn and Tyler, “There’s somebody still in denial. Still in denial land of white trash!” 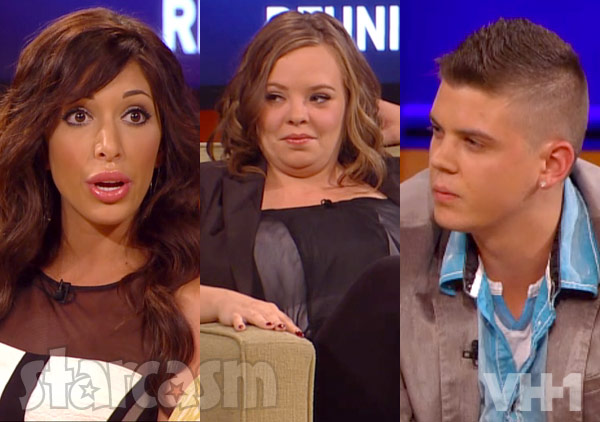 Apparently there was A LOT of drama between Team Catelynn and Team Farrah that viewers haven’t seen yet. Catelynn’s dad David Lowell made some comments on Instagram (and then deleted them) about Farrah’s dad Michael. “I hear Mr. Abraham likes to run his mouth to my kids!” captioned a photo of his own muscular frame, according to The Ashley’s Reality Roundup. “That might just be a huge mistake!”

David later added another photo and wrote of Mike’s comments, “He stepped over the line.”

(So how long before Andy Cohen is hosting these Teen Mom reunions? Not that that would be a bad thing!)

Mike Abraham has taken to Facebook to call out Catelynn and Tyler and challenge them both to meet up with a “professional interviewer” and “discuss this item with the objective to clear up this mess.” Here is Mike’s initial post:

My message To Tyler and Catelynn … I’ll do an interview with you both with a professional interviewer to discuss this item with the objective to clear up this mess. To everyone coming to their defense this is nothing to do with them putting their first daughter up for adoption ..or any other topic..It has everything to do with their continued self serving and judgmental comments both on and off the filming of Teen Mom OG. Tyler you had the balls to call me a poor father and my parenting skills in so many words and you have just started to be a full time father. I did not go after you because of two people… Your mom Kim, that I have respect I think the world of and Farrah because she wanted to stop all this fighting.. But you both keep it up. I understand timelines and I can let things go that is pre taped but you keep making statements. Farrah has stopped. And so the world understandsc all Farrahs comments were taped weeks ago during the same time the “others” were taking their shots at her. But they keep making statements. And Tyler if you are the adult you say you are … why could you not talk to me this weekend when we were filming this weekend to work through “our” item? No you had to hide behind security guards instead of addressing the person that you publicly put a persons parenting down… Me .. Without giving me an opportunity to clearify my statements or defend myself. You young man are acting like a child. Ok the challenge is there for both Catelynn and Tyler …, you pick the place, mutually agree to the interviewer, and it will be taped and lets talk through it and get past it… If your mature enough.

A commenter suggested Dr. Phil along with an “lol.” Mike wasn’t laughing. “Dr. Phil would work,” he wrote. “His bias don’t scare me and his ideololigy would support my position.” 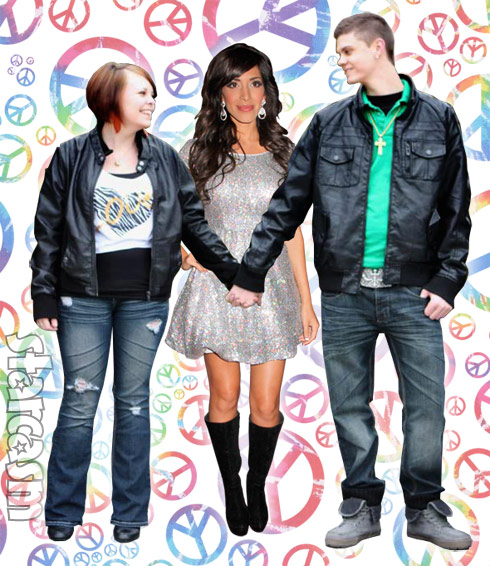 Another commenter named Aimee suggested that perhaps everyone involved should just let things go and move on, and Mike responded:

Aimee: Personally I think your both wrong and instead of trying to prove the other wrong/right and just let it go. If ya don’t have something nice to say don’t say it at all! Mike you know your family is not perfect….and Tyler knows he and his family are not perfect but who are we to judge? Neither of you two families effect each others lives until you take time out of your life to feed into it. There are some people in this world you just won’t get along with….so instead of trying to be “friends” or find “answers” be the example to your family that sometimes no one wins and life goes on and your happy either way. Good luck and I love watching everyone on Teen mom!

Mike: Aimee I not here to prove who is right or wrong. He publicly put my parenting skills down in a public slanderest manner as if he’s an expert. I’m offering him a chance to be a man and have a mature discussion and clear this up. I have been put down for years.. From parenting skills etc. and I let it roll off my back but when it’s from someone this close and the comments both public and privately are so self serving.. That person needs to face the responsibly of his actions if he is as mature as he claims to be. Plain and simple.

Mike later defended wanting the showdown by writing, “It’s about being an adult. If someone is going to make statements like they are ‘experts’ they better be able to back it up.” He then responded to an accusation of being judgmental by stating, “I don’t judge anyone. I’m not judging Catelynn and Tyler … I’m defending myself and calling Tyler out for his judgemental statements about me that are false. There was a statement from me which was fact based BUT I did no use anyone’s name. They did and continue to do so.”

And then there was this exchange:

Melina: You saying you want Dr. Phil because he would support your decision means you don’t walk to talk it out, you want to be deemed as “right.” Seriously, just stay out of it. You’re WAY older than them- why continue the drama?

Mike: Melina please get your facts correct. Look above I did not bring up Dr. Phil some ne else did and I stated a fact after that persons post. And to correct you – my challenge to Tyler is made because I do want to talk it through. And the item I’m involved with is between me and Tyler – not any one else. He made a comment about me. This has NOTHING to do with Farrah or Catelynn. As for me being “older” that has nothing to do with it… He is an adult.. And so am. He made comments against me and I’m calling him out on it – plain and simple. He needs to be responsible for his statement.

Melina: …Yes you’re both adults, but you’re older…. a lot more life experience, wisdom, & knowledge. Why not just be a big person & look past it?

Mike: …thank you for you positive comments about my experience, wisdom, and knowledge… Really thank you.. But Tyler with his what .. 4 months of being a “real father” thinks he had the experience and knowledge to put my parenting and fathering down publicly… He’s a big boy… He made big false statements… And someone is calling him out Big Time. Melina I have no problem with your questions or you but there is so much “behind the scenes” that I can’t disclose … But I will give Tyler the opportunity to talk through this with me … And I promise both him and anyone he will learn and gain wisdom from the conversation.

Mike: Melina I have and in person… But he refused.

An all-new episode of Teen Mom OG airs Monday night at 10/9c. Unfortunately, there is no after show on the TV schedule this week.