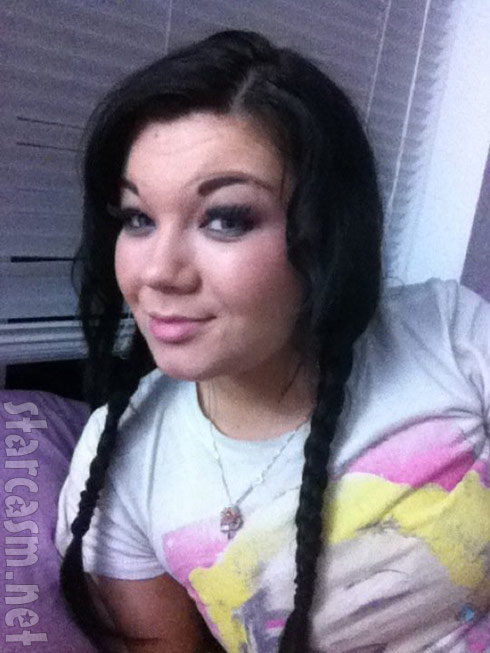 This week a story came out that Amber Portwood wants to join the military to pay for college (she’s currently still working towards her GED,) and turn her life around. Her brother Shawn was excited about the idea, especially since the Army helped him pay for his own college.

Shawn told Reality Weekly magazine “I’m encouraging her 100 percent all the way. We have talked about her getting an education. But I told her to hold off on college and try to get into the military, which she wants to do anyway. Then, once her service is up, she will have her college paid for, like I do right now.”

Is this a realistic goal for the Teen Mom reality star?

Unfortunately for Amber, that plan has a major problem: her felony conviction.

Last year she was had a felony drug charge for possessing pills, which landed her in jail for several months (including over the holidays.) The military usually doesn’t accept applicants with felonies, but Shawn says they were working to get her charges reduced. However, last Friday Amber was arrested again for missing a mandatory drug court appointment. Amber has been required to attend these on a condition of her probation because of her addiction to prescription pills. Her attorney says she missed the appointment because of doctor prescribed bed rest after gall bladder surgery, but even so she’s been in jail for about a week (Amber’s expected to leave jail today.)

Shawn told Alltheteenmoms.com that her recent arrest has dashed her plans of joining the military to pay for school. “She can’t get in with a felony but she was going to try and get it reduced in the future. Now with her getting thrown in jail for no reason that is out of the question.”

In the Reality Weekly piece, Amber expressed her desire to stay clean and turn her life around, saying that being addicted to pills was all she had known since she was 13 years old.

I have been doing pills for eight years, since I was 13, and since then I have never been drug free. The pills were out of control: I want my life back. I want to get my family back.

Hopefully she can put the difficulties of her past behind her now and focus on the future.