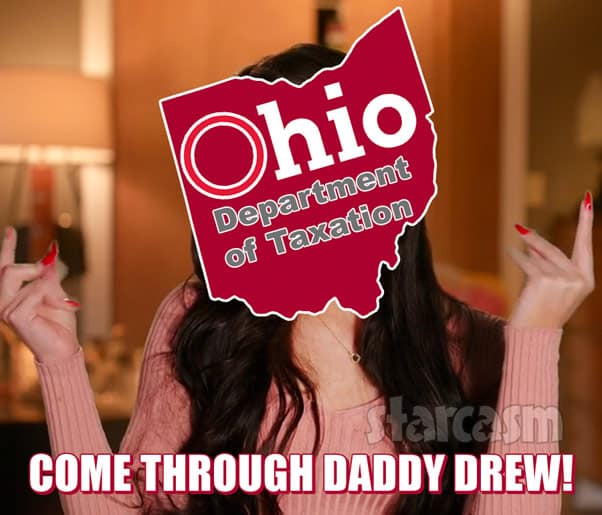 23-year-old Marrying Millions star Rosie isn’t the only one asking her 40-year-old millionaire boyfriend to “Come through Daddy Drew!” It seems the state of Ohio is also looking for some of the Drewster’s millions in the form of numerous tax liens over the past decade. That is in addition to multiple Uniform Commercial Code filings in which Drew used his contractor equipment as collateral.

According to his local county’s criminal justice information system website, the State of Ohio Department of Taxation has filed numerous liens against Drew (full name Drew Gemma) dating back to 2012. There are 14 case numbers listed for September and December of 2012 with “judgment lien filed” as the description. One of the December case numbers includes information about three payments made in March, April, and June of 2013 totaling $6,995.19, which includes additional fees, postage, etc.

Given Drew’s later tax lien amounts, which look to be quarterly, I believe the three payments were to cover all of the September and December cases. (I don’t know why there are so many case numbers. I’m used to researching criminal records, not tax records.)

Here are more dates for “judgment lien filed” cases with the state of Ohio listed as the creditor and Drew listed as the debtor, including payment info if available: 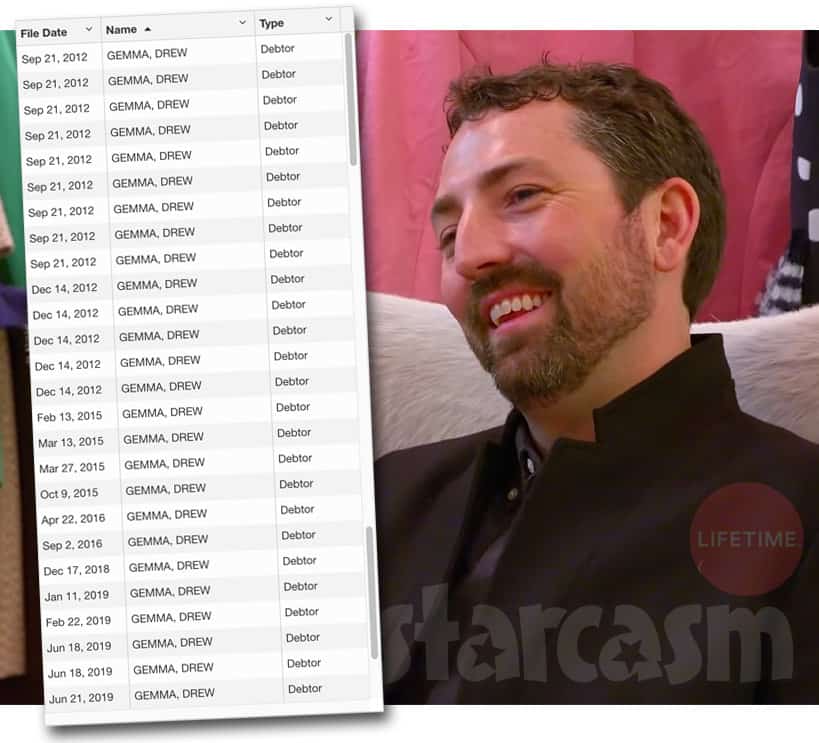 The amounts certainly seem consistent. Could it be that Drew’s quarterly state taxes are just under $4,000? That sure doesn’t seem like a lot for a millionaire?

We put on our detective hats and look into the relationship of #MarryingMillions couple Rosie and Drew to see if we can shed a little light on the BIG question they refuse to answer: How did they first meet? https://t.co/54vnHs7IRz

In addition to the tax liens, Drew also had multiple other liens with his landscaping equipment listed as collateral. According to the Ohio Secretary of State website, Drew had four separate Uniform Commercial Code filings since 2013 that are either still active, or had an original lapse date within a year of the the current date.

The dates on the UCC filings are as follows, with collateral info:

As mentioned before, I am no accounting expert, so I am not qualified to offer up an educated opinion on whether or not it is unusual for someone claiming to be a millionaire with money to burn needing to offer a lawn mower for collateral to a credit union.

The same goes for the tax liens, which could just be because Drew is bad at keeping up with his taxes? That would be ironic because Drew responded to a post on a landscaping small business forum back in 2009 asking for advice on keeping paperwork in order. Drew says his organizational practices include “Quickbooks, Microsoft Excel, and piles on my desk which make my wife want to kill me.” He adds: “When that happens I usually stop and sort through them. I use a 4 drawer cabinet with [categorized] folders and monthly folders depending on what it is.”

Yes, it mentions on the show that Drew is divorced. He and his wife both filed for divorce in August of 2012, and the dissolution of marriage was granted in September of 2012.

Getting back to Drew’s numerous liens, I certainly hope that Rosie has an accurate take on his actual finances! I’m guessing there is some sort of inquiry into finances that a soon-to-be spouse can make? Some sort of an inverted pre-nup?

Perhaps that is exactly what happens on the show! To find out, keep tuning in to new episodes of Marrying Millions airing Wednesday nights at 10/9c on Lifetime!