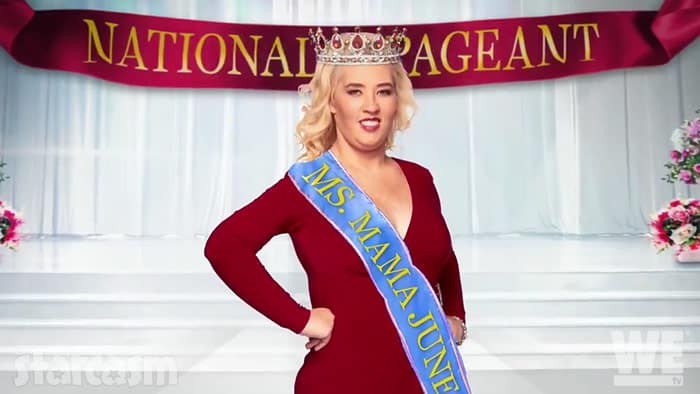 What’s left of Mama June Shannon is coming back for a brand new season of her smash hit reality series From Not To Hot in January, and in the first preview trailer for the new season it is revealed that she is experiencing a bit of tiara envy as she follows in the footsteps of her daughter Honey Boo Boo by competing in beauty pageants!

“#MamaJune is hitting the pageant circuit!” WE tv wrote in the caption to the clip, which demonstrates Mama June’s pageant readiness by showing her belching, farting, and air horning Sugar Bear’s wife as she tries to talk. (Since Mama June has already made the transition from not to hot, perhaps WE tv shoud consider renaming the show Belches, Farts, Air Horns & Tiaras?)

Here’s a synopsis of the new season from the metwork’s press release:

Season two follows “Mama June” as she tries to navigate life after a whirlwind year and losing hundreds of pounds. She shocks everyone by turning the tables on her daughter Alana (former child pageant queen “Honey Boo Boo”) and gets caught up with adult pageant-mania, eager to compete against the beautiful women who snubbed her before her weight loss. Yet it doesn’t take long for June to realize that her weight was the least of her problems –as she now faces decisions that could tear her family apart.

In addition to Mama June’s “From Not To Hottlers & Tiaras” aspirations, the new season will also include the pregnancy of Mama June’s daughter Lauryn “Pumpkin” Shannon. 17-year-old Pumpkin announced her pregnancy back in early August, and it is assumed her pregnancy will be a major story line on the upcoming season.

There were also reports that the new season will include Honey Boo Boo potentially going through her own transformation as she tries to eat better and exercise. If that is the case, then I assume the brief “awkward silence” glimpse of Alana in the trailer was before the transformation.

We will all know soon enough as From Not To Hot Season 2 is set to premiere in Jauary, 2018 on WE tv! 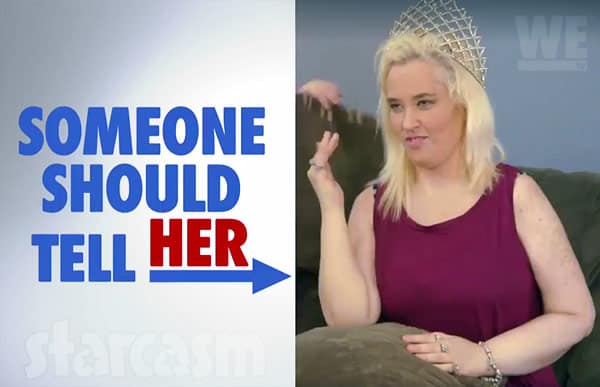 Honey Boo Boo family updates: Currently filming? “will b back with some big things soon”