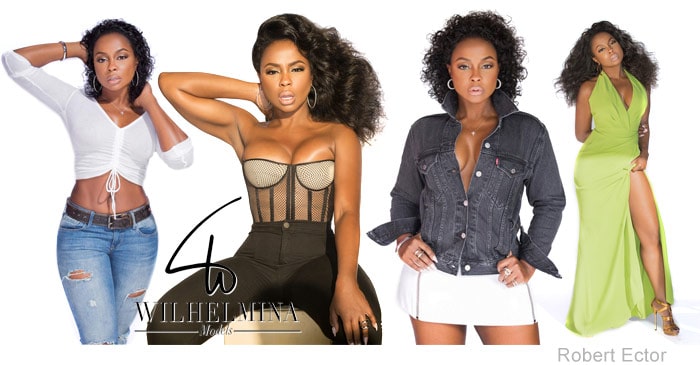 “That’s right — she’s not just a lawyer and a mortician, she’s now signed on with Wilhelmina Models, too,” Us Weekly‘s Stylish declares in their recent interview with Phaedra.

Here is a brief excerpt:

Stylish: Tell us, what are your goals for modeling?

Parks: I think I’m the face of “yes you can.” I’m a small town girl who has followed her dreams. Yes you can be a mom, yes you can be a lawyer and yes you can be a model. When the opportunity presented itself some people asked me “Why?’ and I said “Why not?” A supermodel started this company and she wanted to give power back to the women and I think I stand for the same things. I have the opportunity to show people that beauty can come in every size, shade, color and age. It’s exciting and an adventure! 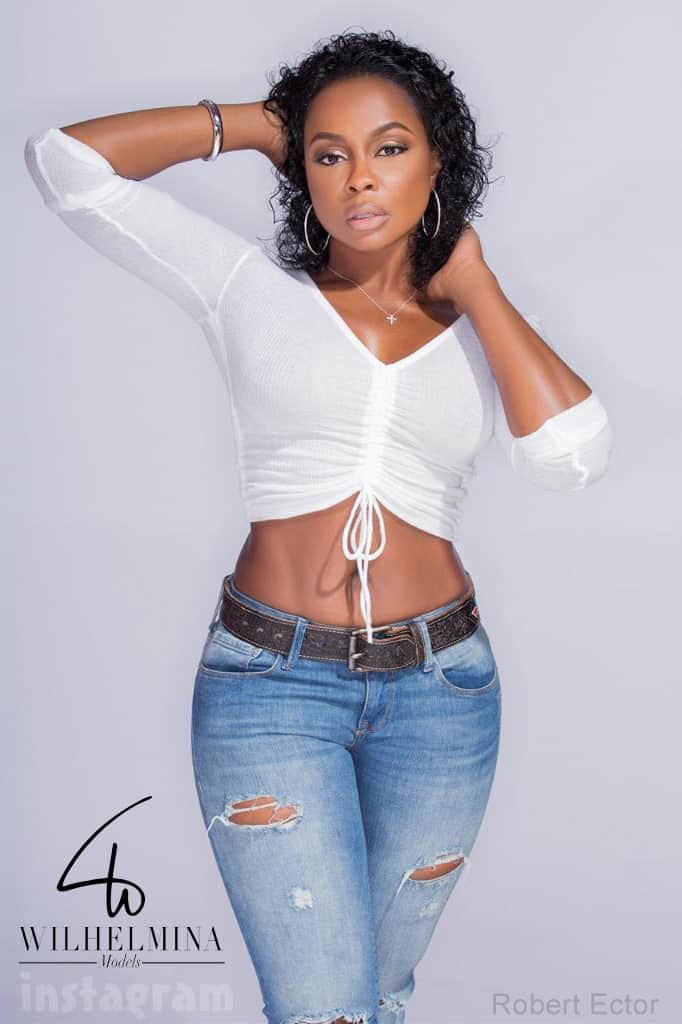 Phaedra is asked what her ideal modeling campaign would be, and she says that it would be a skin care line. “I have great skin, I love makeup, but I love to be able to take off the makeup and have beautiful skin,” Phaedra says. “I also think a lot of girls are looking on Instagram for an idealized standard of beauty that requires a lot of makeup. Those are not the faces of what real women look like.”

Stylish asks Phaedra if she is willing to do nude modeling, and she says she has no problem stripping down for the camera. “I don’t mind baring it all, I have been wearing g-strings and baring it all really every season for seven years,” she says. “I had two children on national T.V. I love nudity! I’ve brought a lot of exotic entertainers on the show, so I love my body and I’ve got curves. I’m a mother of two children, so I’m not perfect, but I have no problem getting naked.”

#Mood When you feeling yourself #scorpio #season in #fulleffect #birthdaygirl ?

Phaedra reveals that she has been keeping in shape by swimming every day (?!) and doing pilates. Oh, and I think she sub-shaded her former co-star Cynthia Bailey a bit when she was asked who her modeling inspirations are. “Of course [Naomi] Campbell, she is everything, so fierce,” Phaedra says. “Also Nicki Minaj. She’s done such a great job reinventing herself and changing the standards of beauty. And she’s been a big supporter of me.” Wait, Nicki Minaj is a big Phaedra Parks supporter?!

The announcement that Phaedra has signed with Wilhelmina Models drew numerous side eye emoji from commenters, and several bloggers questioned the validity of her claim. The well respected Phaedratologist Tamara Tattles shared the news and offered up her expert take:

I think Phaedra has literally come unglued since being fired from RHOA. I am dead serious when I say I think she is having some sort of mental health breakdown and someone needs to get her some help.

Recently, she was pretending that she was dating Shemar Moore, a man she met one time on a talk show months ago. She was publicly humiliated when Shemar Moore had to make a statement that he is in fact not dating her, she’s not his type, and he only met her once while drunk filming WWHL. Seemingly unbothered, Phaedra has been traveling and having people take bizarre photos of her.

Now she has sold a story to US Magazine where she claims she is a Wilhelmina Model. I am not making this up, but Phaedra probably is.

…Does US Magazine fact check any of this before posting a story with a title, that includes the words g-string and funeral??? Does this seem remotely possible to you?

Wilhelmina Models does have a celebrity division, which has an impressive roster of popular peeps like Phaedra Parks supporter Nicki Minaj, Machine Gun Kelly, Niall Horan, Shawn Mendes, and Leona Lewis. I didn’t really see any other reality stars on their roster — and certainly none with, um, Phaedra’s specs.

Also, Wilhelmina has said nothing about Phaedra’s signing — and they are far from averse when it comes to promoting their celebrity models:

It's time for Wilhelmina's Celeb News Roundup! Swipe through to catch up on all the latest news coming out of our Celebrity Division.

#JustSigned: We are thrilled to welcome @sagekaramofficial to the Willy fam! Stay tuned for his Instagram takeover all day! #WilhelminaNY #BecomeWilhelmina

I did some research and I found out that Wilhelmina does own a talent agency called Aperture that boasts television stars on its list of clients. Perhaps Phaedra just added a bit of a spin to signing with Aperture? When she shared the Us Weekly interview on Instagram, she captioned it with: “So #excited to be partnering with @wilhelminamodels.” “Partnering” seems like a very flexible term.

But enough about Phaedra the professional model, let’s get back to Phaedra the funeral director and mortician! Stylish asks her how the funeral biz is going, and Phaedra responds with her usual candor:

Being a mortician is a passion of mine and everything I’m passionate about I just dive right in. This is our peak season actually, the peak season from deaths is from Halloween to around Valentine’s Day, so we’re very busy — people are going to glory pretty regularly. I’m directing a few funerals this weekend. I know it’s morbid, but I love being the final party planner.