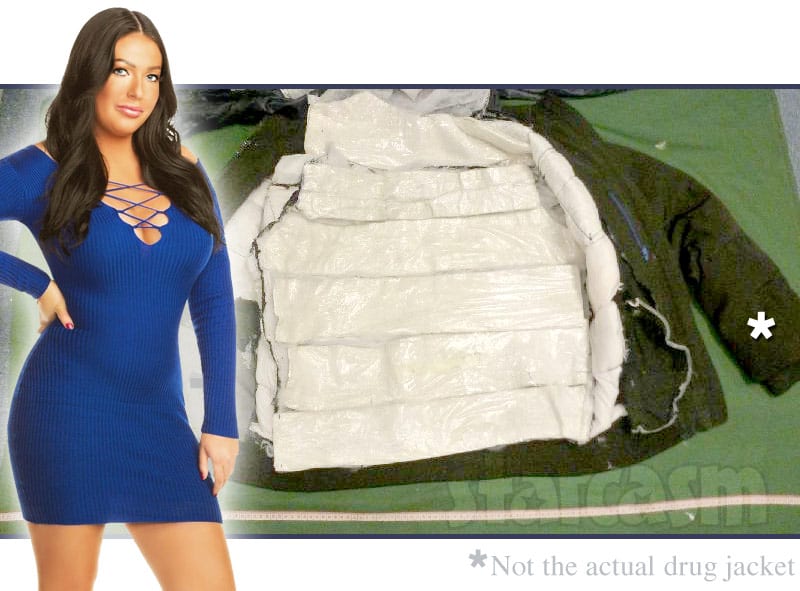 WE tv’s addictive new reality series Love After Lockup concludes its inaugural run this Friday night, but before the cast says “Bye” (for now), Mary wants to clear up that whole “drug jacket” conjugal visit fiasco that prevented her shift from Love After Lockup to Sweet Love During Lockup. (Seriously, what other reality television show had a “‘drug jacket’ conjugal visit fiasco?!”)

In case you missed it, Mary had gotten approval for her very first conjugal visit with her fiance Dominic, but the two were victimized by a brutal instance of coitus interruptus when Mary was turned away after guards reportedly found traces of drugs on her jacket.

“So, I went in to have my visit,” a very emotional Mary explained just after being turned away, “but they wouldn’t let me get through the security. They scanned my, like, clothing and said they thought there was drugs on my jacket.” Mary was then given the heartbreaking news that she couldn’t see Dom. 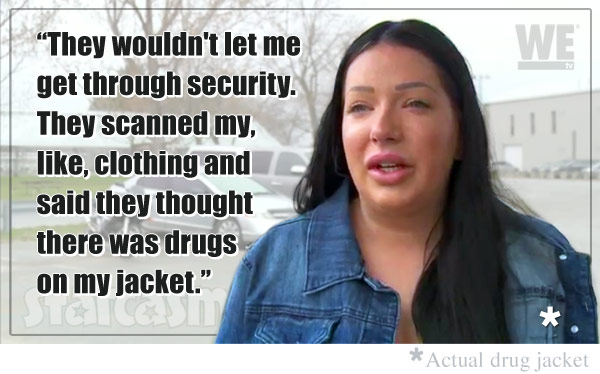 Mary revealed that Dom was angry when he found out, especially “because I don’t do drugs and I don’t have any drugs on me.”

I yield the floor to Mary:

I’m going to make this as brief and to the point as possible! On Love After Lockup there was a scene of myself going to the prison to visit Dominic for our conjugal visit. AKA the first and only time in years we were granted permission for an overnight visit! The incident was filmed during production but was 100% reality. It was a very unfortunate event but I can guarantee you 100% authentic. No fakes, no lies, no acting!!

We drove 10 hours round trip to go visit Dom in prison. The production team was suppose to shoot the ride there, myself going into the prison security and Dom and I happily going off to our private family visit.

If you watched the show, you know THIS DID NOT HAPPEN!!

I went into the prison facility to go through their security checkpoints and was sadly denied entry that day. LET IT BE KNOWN, that I have NEVER ever been denied entry before or after this visit! Dom was in prison for years!!! Prison security was no mystery to me! I knew this procedure by the back of my hand! And if you ever think that I would waste MY TIME, PRODUCTION’S TIME OR DOM’S TIME by going to visit with drugs on me or using drugs you are sadly a fucking idiot! Something was off and very fishy why I wasn’t allowed that day! This has NEVER happened to me ever before!

This was my ONE and ONLY shot at an overnight visit with Dom during his entire sentenced and cameras or no cameras I would NEVER RISK THAT FOR ANYONE OR ANYTHING!!

Anyone who has done a prison visit knows the security is heavier than airport security. They search you, dogs run around you and they scan/swab any item of clothing on your body they choose.

For whatever reason that day, they choose to say that there was some illegal substance residue on my jacket. Bottom line, they didn’t want me in that day! I dunno if it was due to production or they just didn’t want me there. Either way I was getting in.

I bawled by eyes out for hours and sadly drove back home to Toronto with the production team! I was depressed for weeks and extremely saddened and embarrassed by the experience! I did nothing wrong and couldn’t pinpoint what it was that set them off that day!

The bottom line is that it’s the prison guards authority over mine! Whatever they say or decide goes and there’s nothing I could do!

Long story short. We NEVER got our visit! Dom’s home now! So that’s all that matters! Hopefully we’ll never have to go through this again!

PS. Here’s the kicker, that wasn’t even my jacket!!

WAIT, WAIT, WAIT — it wasn’t even your jacket?! Well, that could explain everything, right? Apparently not. Mary previously tweeted that “The jacket was an older family members jacket! No chance in hell they use drugs.” Mary did have one potential theory though, as she added: “They didn’t show us traveling and staying at a hotel the night before where all my clothing was lying out on hotel furniture! That may have been the mistake! Who knows?”

To find out if Mary and Dom’s story ends in conjugal ever after, be sure to tune in for the Season 1 Finale of Love After Lockup this Friday night at 10/9c on WE tv!

On a side note, I really enjoyed Mary’s talent at telling the story of a clothing item, so I hope we eventually get to hear the sure-to-be-enthralling tale of her brother’s two-way zipper hoodie: 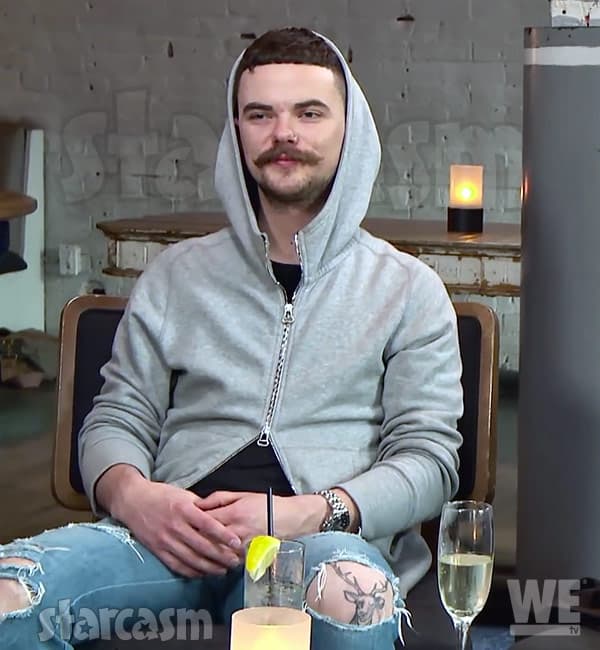