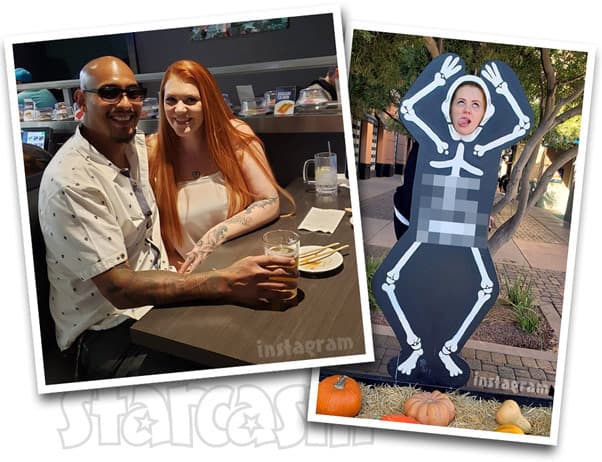 It appears as though congratulations may be in order for Love After Lockup couple Brittany and Marcelino Santiago as a reliable source is reporting that Brittany is currently pregnant with the couple’s second child together!

Instagrammer @crazyeyeskm2 first speculated that Brittany was pregnant with baby number 5 way back in mid-August. On September 5, the account provided an update after “someone close to the situation” confirmed that Brittany is pregnant again and due on February 19, 2020. The account also confirms that Brittany and Marcelino will be back for another season of Love After Lockup: Life After Lockup, which would explain why they might not reveal a pregnancy.

Clearly, random Instagram accounts are not reliable sources by any means, but @crazyeyeskm2 has a proven track record of doing diligent research and posting accurate information. Granted, the person who runs the account is not the biggest fan of Brittany and Marcelino (whom the account has nicknamed Dollar Store Beyonce and Ike Turner). She pulls no punches when expressing her opinions about the couple, but she’s also very careful about what she presents as fact. I just wanted to clarify that this isn’t some “random Instagram account.”

After her source confirmed the pregnancy, @crazyeyeskm2 shared additional updates from fans over the past couple months. One viewer claimed to have spotted Brittany at a local Walmart in early September and said she was “definitely pregnant” at the time. Earlier this week, another fan says she saw Brittany and Marcelino on Fremont Street in Las Vegas participating in what “seemed to be a ‘gender reveal’ party.” The viewer added: “Don’t worry I won’t reveal the gender.”

The pregnancy reports have resulted in Brittany and Marcelino being inundated with followers asking if she is pregnant again, and they continue to deny it. “Just heard you were preggo! Congrats girl!” one Instagramm commenter wrote on Brittany’s Instagram yesterday. “Misinformed, but thank you,” Brittany responded.

Here is a gallery of Brittany and family at a pumpkin patch last week in which you can kind of see her belly, albeit in strangely VERY low resolution images:

This gallery has a higher resolution photo at the end, but you have to work hard to not focus on the cute kids and puppy:

And here’s a gallery of Brittany and Marcelino date night photos from September in which you can see Marcelino enjoying a beer and Brittany a glass of ice water:

If Brittany is expecting again and covering it up, it wouldn’t be the first time the couple has attempted to hide a pregnancy. They continually fought off rumors about Brittany being pregnant with their daughter Zoila late last year due to their non-disclosure agreement with WE tv and show producers. Unfortunately for the couple, they made the mistake of creating a baby registry under their names that pretty much gave it away.

After the pregnancy was officially confirmed, Brittany and Marcelino went back into stealth mode in an attempt to not reveal any details about the baby’s birth. But, Brittany’s mom let the cat out of the bag by posting a photo of Brittany with Zoila in February.

As mentioned above, if Brittany is pregnant again it will be her fifth child, and second with Marcelino. Brittany gave birth to two children that were both taken from her and placed for adoption when she was a teen.

Brittany gave birth to her daughter Zoila on December 11, 2018.

Channing Tatum was in tears during daughter’s birth