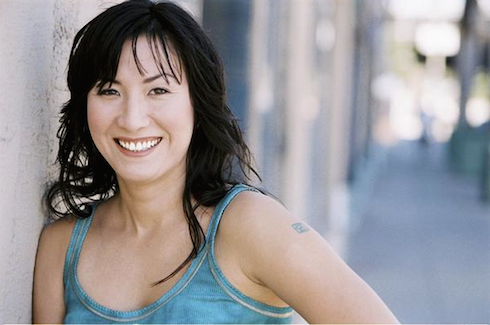 Before we get to that question, though, we need to do a quick bit of de-bunking. Popular former host Suzanne Whang is often still listed as the host and / or narrator of House Hunters, though she left the show in 2007. And noted voice-over actress Colette Whitaker, who took over for the 2008-09 series, is also often thought of as the House Hunters narrator, despite the fact that she only did voice overs for one season.

Since 2009, the person responsible for House Hunters‘ peppy, yet neutral narration is a woman named Andromeda Dunker. Yes, “Andromeda Dunker” is her real name; her name is something that folks on Twitter seem to enjoy gawking over, on the rare occasions that they find out who narrates House Hunters:

Just saw the name ‘Andromeda Dunker’ roll past in some credits. That is quite the name….of a spaceship maybe.

Why does nobody talk about the fact that House Hunters is narrated by a woman named Andromeda Dunker — Kim Tricker (@KimTricker) June 3, 2015

So I just found out the name of the woman who narrates #HouseHunters is Andromeda Dunker. O__o That’s a doozy.

VIDEO Dreamdoll from LHHNY clears up rumors she was a stripper: ‘Respect my money’