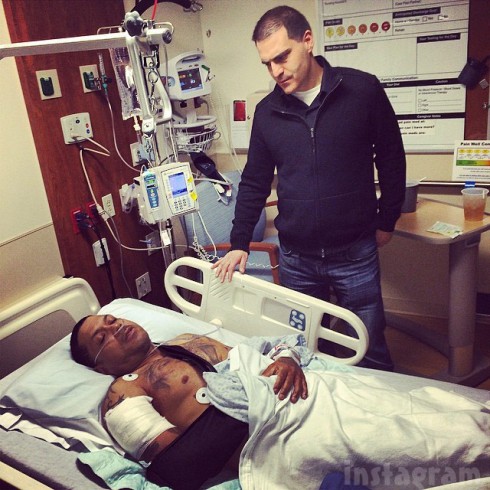 Love & Hip Hop Atlanta rapper Benzino was shot earlier today while riding in a car during his mother’s funeral procession in Duxbury, Massachusetts. The 48-year-old rapper, whose real name is Raymond Scott, was reportedly shot by his nephew, 36-year-old Gai Scott, while both were driving to the funeral for Mary Scott, being held in Plymouth, Mass.

Gai and Benzino had reportedly been fighting prior to the funeral, and it is still unclear what sparked the shooting. According to reports, Benzino was driving his red Dodge SUV at approximately 11:55AM when his nephew, who was driving a Bentley, pulled alongside Benzino and opened fire.

Benzino was bleeding when he stopped and exited his vehicle. He flagged down a passerby and was taken to South Shore Hospital with non-fatal gunshot wounds. He is reportedly in stable condition.

His fiancee Althea Heart posted the photo below on instagram and wrote, “Baby I ♥ you. I will never leave your side. I’m Bonnie to your Clyde U ARE THAT N|G!!!” 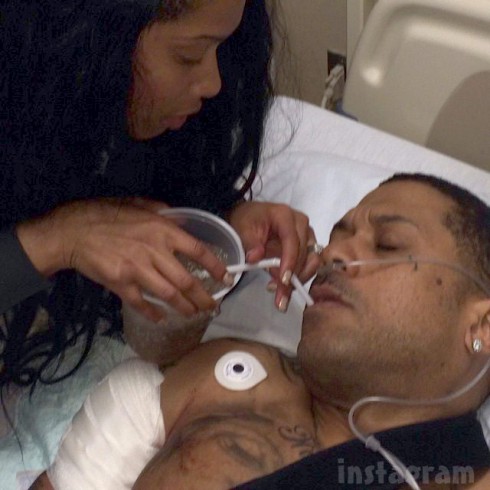 As you can probably tell from the photos in this post, Benzino appears to have been shot in his right bicep. His LAHHA co-star Stevie J posted the photo at the top of this post and captioned it, “God is good!” And he also posted this next photo of Benzino and simply added the hashtags: #VH1Boyz #ZinoGrigio #Sleazo #GodIsGood 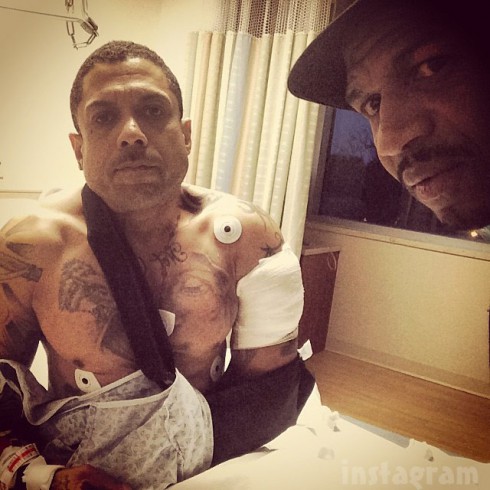 Gai was placed under arrest. He was charged with armed assault with intent to murder. He will be arraigned in Plymouth District Court on Monday.

Amazingly, the shooting apparently did nothing to hinder the funeral procession. Father William Williams reveals what happened when the procession arrived at the church. “I said to one of the guys: ‘There’s blood on the hearse.’ There was an incident along the way,” Williams says. “The family was there. They were mourning somebody they loved who died so they didn’t want to talk cops and robbers.”

Here’s a video report on the shooting from CBS Boston just prior to the identity of the victim being released that includes the vehicles involved:

Benzino posted a couple photo collages of his mother this week, along with some very heartfelt messages: 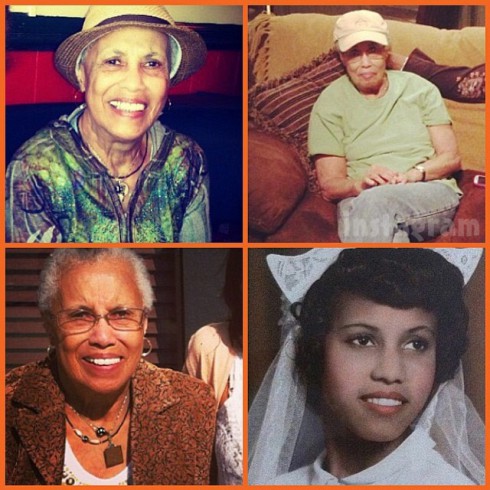 God knows I have been through alot in my life, BUT EVERY INCH OF GOOD, KINDNESS AND LOVE IN MY SOUL IS BECAUSE OF THIS WOMAN, A BIG PART OF ME IS LOST NOW AND I WILL NEVER BE THE SAME, MA WORDS CANT EXPRESS MY LOVE FOR YOU.I WILL MISS EVERY BREATHING MOMENT, I DONT KMOW HOW I WILL CONTINUE KNOWING YOU ARE NOT HERE….She was a beautiful, stong, hardworking, independent, caring, loving, stern, proud Cape Verdean woman, now she is an Angel, God is lucky, trust me she is in Heaven watching me and I wont let her down. R.I.P Mary Ann Scott…….my Mother 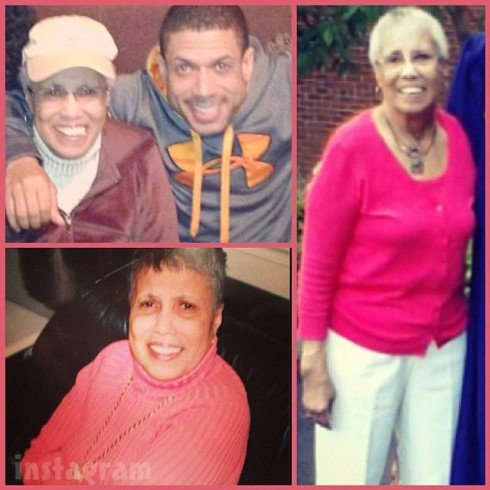 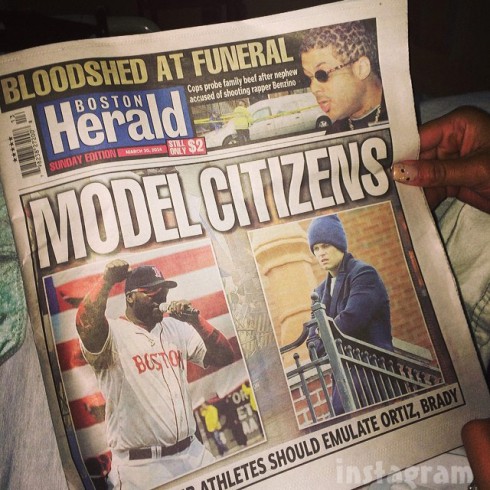 Benzino captioned the photo with this message to his fans:

Then I wake up to this…I JUST WANNA THANK EVERYBODY WHO PRAYED AND SENT THEIR SINCERE CONCERNS FOR ME AND MY MOM, SHE WAS FINALLY LAID TO REST AMONGST ALL THE CHAOS, YOUR KIND WORDS AND THOUGHTS HAVE REALLY HELPED ME HEAL FASTER. ALTHOUGH I WILL HAVE A LONG ROAD OF PHYSICAL THERAPY AHEAD OF ME, I WILL BE EVEN STRONGER. GOD IS GREAT AND THE DEVIL IS A LIE.

He also posted this next photo of himself in his hospital bed with his fiancee Althea and wrote, “Feel much better, GOD IS REAL @luvheraltheaheart is my SOULMATE……. MY MOTHER TOUCHED ME, IM CERTAIN.” 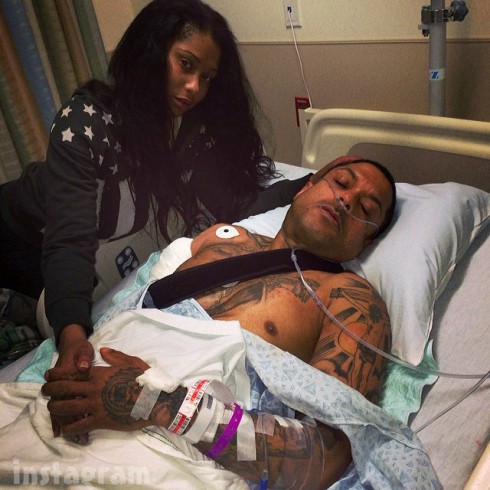