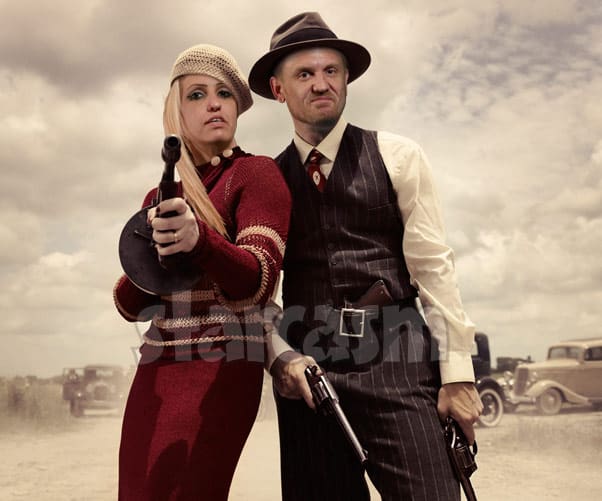 First, the updates on Clint’s recent legal issues. According to the police citations, Clint was stopped on Interstate 75 near Cincinnati just after midnight on February 14 for an alleged lane violation. “Criminal indicators were observed and a K-9 was called to the scene,” the report states. “A probable cause search of the vehicle revealed a small amount of marijuana, THC liquid and a smoking pipe.” Clint was cited on misdemeanor charges of marijuana possession and possession of marijuana drug paraphernalia.

Clint has a medical marijuana card in New Mexico, but has been arrested multiple times for marijuana possession in Texas. Despite the Ohio citation on Valentine’s Day and his previous arrests in Texas, Clint didn’t seem to learn his lesson as he once again had his weed in the car when he got into an accident two weeks later.

On February 29, Clint reportedly swerved off the road and crashed his Chevy Camaro into a utility pole before then careening across two lanes of traffic and coming to a stop on the other side of the road. The utility pole “sustained only minor surface damage” but Clint’s Camaro was not so lucky as it “sustained damage to the front bumper, grille, right front quarter panel, [and] right front wheel/tire assembly.” The report indicates that it was “disabling damage.”

On a positive note, Clint made out better than his car. When the state trooper arrived on the scene, Clint informed him that “he sustained no injuries” in the crash.

Unfortunately for Clint, the officer was able to get a lot more information during their communication — including non-verbal. Clint “admitted to texting while he was driving when the crash occurred,” but that was just the beginning. From the report:

During contact with [Clint], indicators of drug impairment were observed. His pupils were dilated, his eyes were red, and the odor of burnt marijuana was present on his person. He admitted to smoking marijuana and to having marijuana in his vehicle. He possessed a New Mexico medical marijuana card, but has not obtained his medical marijuana card since moving to Ohio. He was administered field sobriety testing and subsequently arrested for OVI. A probable cause search of his vehicle revealed marijuana and paraphernalia. He was transported to the Batavia Patrol Post and consented to providing a urine sample. The results of [Clint]’s toxicology will be supplemented to this report when they become available.

It has previously been reported that Clint’s parents cut him off financially, so it appears that he may be stranded in Ohio with no car and not much money. I would assume you’d have to have some pretty great insurance to pay for damage to your car when you crashed into a utility pole while texting with illegal drugs in the vehicle.

I checked the location of the crash in Google Maps, and it appears that Clint didn’t have to swerve all that much — unlike his previous crash involving a Little Debbie snack cake trailer and a self storage facility. Here’s a photo of the utility pole that he hit: 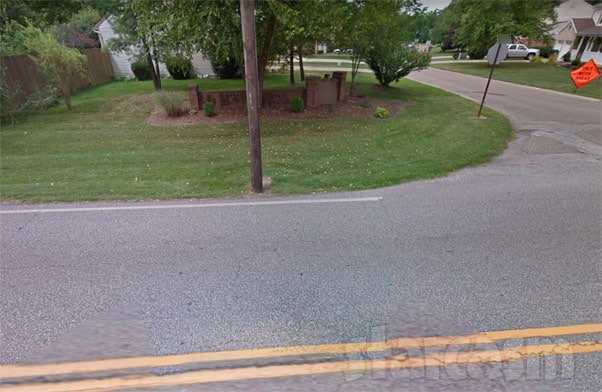 Meanwhile, Clint and his Goddess Tracie have continued their very public feuding on Facebook. Clint did a Facebook live with his new buckeye lady friend and her teenage daughter, but unfortunately I missed it and couldn’t find a recording online.

Tracie took to Facebook and posted a series of text messages that she says were sent to her by Clint, and they are HORRENDOUS! Here they are with some of the content censored: 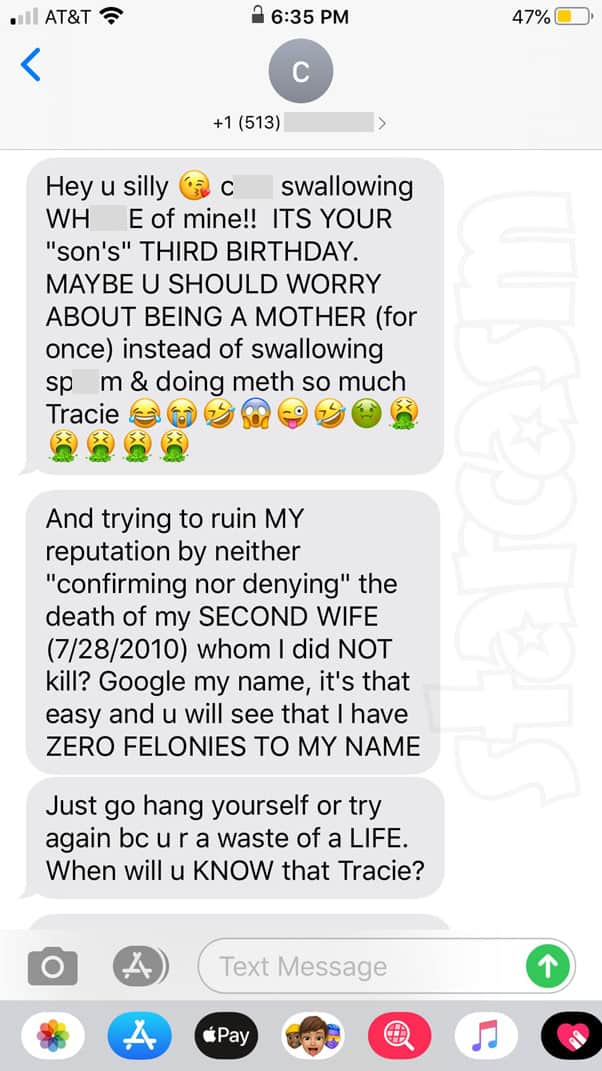 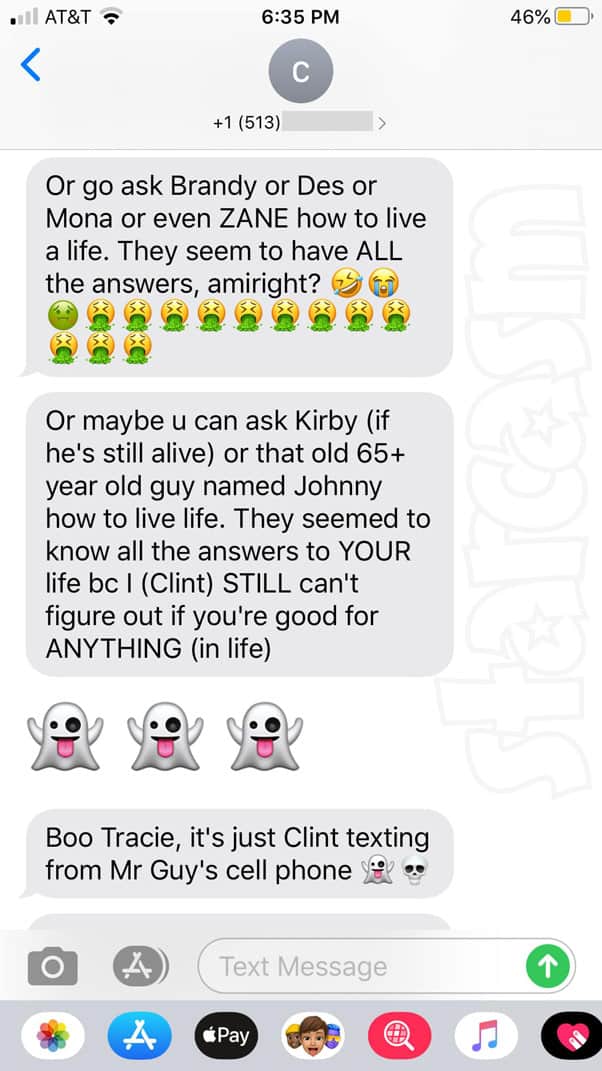 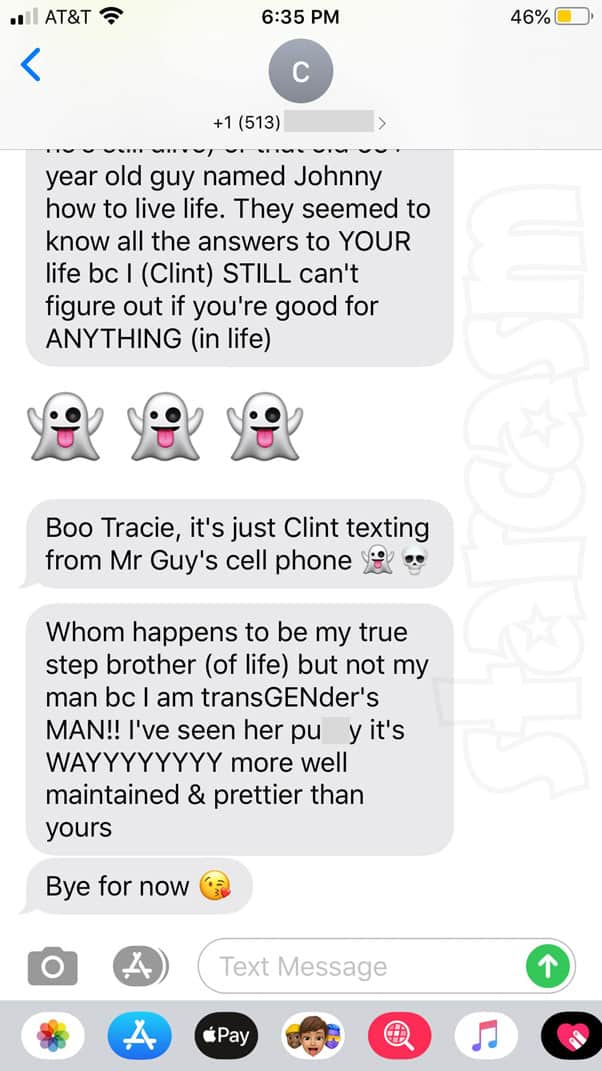 A helpful commenter pointed out to Tracie that she left Clint’s phone number on the original post. “I want everybody to call and harass this motherf***er,” Tracie replied.

There was a response post made on Clint’s Facebook page that looks to have been written by his new Goddess that included Tracie’s phone number: 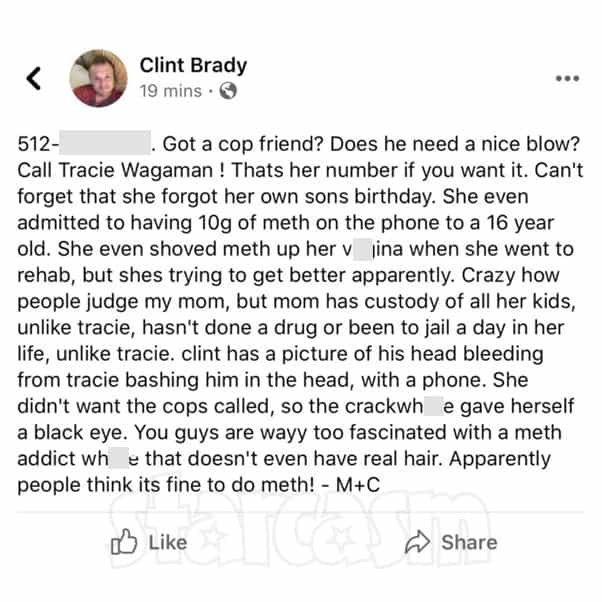 Clint had a scheduled court date earlier today — we will be sure to update if there is any new information.