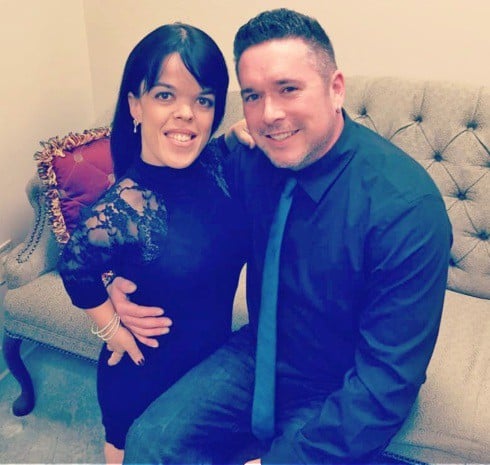 After a tumultuous three-year relationship, Little Women: L.A.’s Briana Renee and Matt Grundhoffer are officially donezo. The couple announced their split via social media on Friday.

“After 3 years, and bringing the most handsome little boy into this world, we have come to the end of our marriage,” Briana explained. “We rode til the wheels fell off, and now we can redirect our course as friends focusing on being the best parents.”

Matt echoed Briana’s sentiments by saying, “After 3 years and 1 beautiful baby boy, we have come to the end of our marriage. We fought a good fight but now realize we are better friends then a couple. Our children will remain the constant focus of our love.”

They each included the hashtag “#lifehappens” following their announcement.

Matt’s multiple affairs are what ultimately drove the couple apart. According to TMZ, they “found it impossible to bounce back from Matt’s constant cheating and flirting.”

Briana and Matt’s split became official last month, but they are still living together, albeit in separate bedrooms, while they figure out an arrangement for their family.