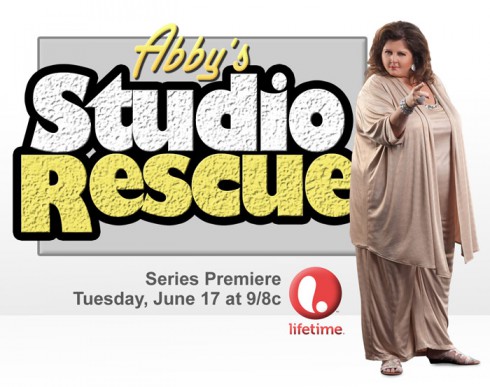 Dance Moms tutu tyrant Abby Lee Miller continues to expand her do-si-domain with a brand new spin-off reality series officially announced by Lifetime earlier today. Titled Abby’s Studio Rescue, the show will be a Tabatha’s Salon Takeoveresque series in which Abby will step in (or more than likely storm in) and offer up her assistance and guidance to struggling dance studios across the country.

Abby’s Studio Rescue is set to premiere on Lifetime on Tuesday, June 17 at 9/8c. Here are the details about the show from the network’s press release:

LOS ANGELES, CA (April 15, 2014) – Renowned dance coach and Dance Moms star, Abby Lee Miller is on the road, looking to transform dance studios on the brink of disaster in the all-new series, Abby’s Studio Rescue, premiering Tuesday, June 17, at 9pm ET/PT. Each week, the show follows Abby as she dishes her tough love and no-nonsense advice while giving dance studios a second chance to finally bring home the gold.

With seven one-hour episodes, Abby’s Studio Rescue sends Abby to studios across the country that are in need of a head-to-toe overhaul of their business before their doors are forced shut forever. A studio owner since 1980, Abby knows running a business can be full of challenges and she is ready to give them the tools they need to take their studios and dancers to the next level. Whether it’s fine-tuning choreography, finding the right staff, scheduling classes, tweaking dances, dealing with overbearing moms or even renovating the studio space, Abby’s Studio Rescue will help them all raise the bar.

In case you were wondering exactly what kinds of studios the production team was looking for, here is the casting call from back when the show was using the working title Dance Studio Revamp: 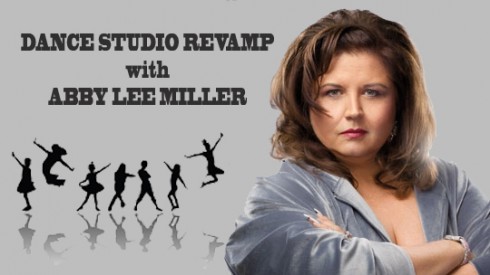 Collins Avenue Productions and Bryan Stinson Casting are looking for dance studios that need assistance with everyday business stresses of hiring the right staff, scheduling classes, managing money, paying bills, and putting together a winning team, and would like to be featured in a new reality series, Dance Studio Revamp.

Studios chosen to participate will receive expert advice on areas of management such as dealing with staff and clients, maximizing the visual impact of the studio, improving revenue streams, and eliminating chaos. There is no charge to participating studios.

In addition, judging from an announcement posted last month, the studios featured on the show came together for a live performance held at the El Portal Theater in North Hollywood, California. Here is the announcement:

Abby has selected dance studios to revamp and you can watch the studios perform LIVE at The El Portal Theater with Abby Lee Miller. The taping is one night only and tickets are FREE!

So what do you think about Abby traveling around and offering dance studios advice? And regardless of your opinion, will you be tuning in? 😉

Abby Lee Miller checks into prison: ‘I know that I am not a criminal mastermind’