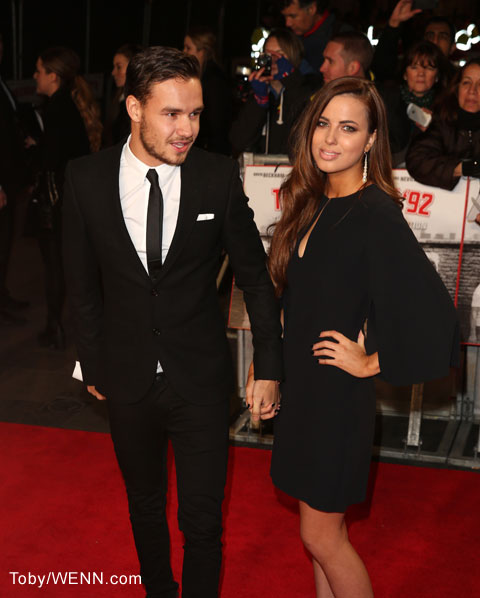 You have a chance, ladies! 20-year-old Liam Payne is reportedly “devastated” over the split from girlfriend Sophia Smith, who he dated for eight months.

They met at St. Peter’s Collegiate School in Wolverhampton, England, where she still attends, but as is often the case with showbiz romances, Liam’s busy, world-domination schedule was getting in the way. “They were spending too much time apart and it’s only going to get worse this year — the band going on a super long tour, her getting busier with university,” the source says. “Too much long distance. It was draining for the both of them and led to a lot of arguments. Liam was the one who chose to end it.”

“There was no way to maintain the relationship,” a second source adds. “He had to do it as they would never see each other and he didn’t think it was fair to her.”

Liam has been tweeting some clues about the breakup, commenting “how lonely hotel rooms are,” and sharing the Drake break-up song “Doing It Wrong.” While One Direction was on the Chile leg of their tour, Liam tweeted at 3 am this series of tweets:

“Can’t be without you…
Worse thing I ever did was let you go…
No (sic) all I got left is the thought of you.”