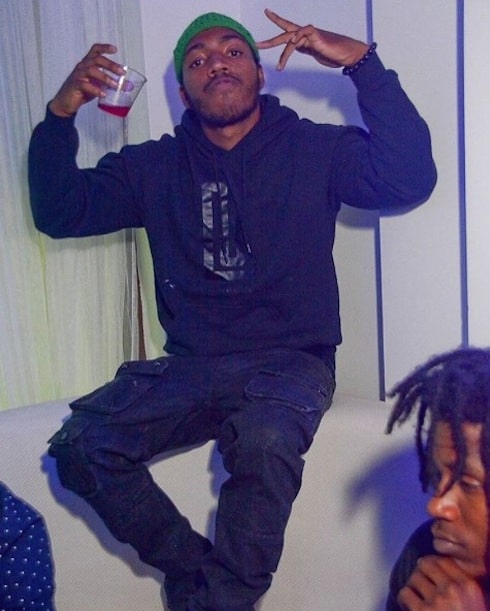 The latest update on Love & Hip Hop Atlanta cast members and brothers Scrapp DeLeon and Sas comes as quite a shock. According to the man himself, the LHHATL Sas gunshot rumors are true: Sas took to his Instagram page earlier today to let fans know that he’d been shot in the head late Saturday night! Fortunately, it looks like Sas will make a full recovery; he was even able to offer a joke to his shocked fans.

Almost as if to underscore the seriousness of the situation, Sas’ first update didn’t hold anything back. He took a bullet to the back of the head, and offered up photographic proof:

Shortly thereafter, Sas shared a brief video message, one in which he explained that he was OK, and even gave a quick close-up of his headwound:

“Doc just told me I got a bullet in the back of my head, man,” Sas said. tilting the camera back to show a glimpse of the wound. “He said I’m gonna be alright, though. Said I got a thick skull,” Sas added, with a laugh. “Y’all pray for me, though. I appreciate the love and support.” Sas concluded his message with thanks for God.

Beyond Sas’ own updates and the likelihood that the incident took place on Saturday night, very little is currently known about what happened. At least one rumor states that Sas was clubbed in the back of the heat with a bat, and not grazed with a bullet. That rumor, however, is yet to be substantiated.

UPDATE Scrapp DeLeon (or his authorized social media representative) has updated his own Instagram account, possibly from prison, to wish his brother well and spread the word that Sas is all right:

Praying @sas_nbl makes a speedy recovery. Hate tried to take him away from us last night! All in Allah's favor, he had different plans! Insha Allah he will be back to 100 in no time #NBL4Life #Leaders #FreeScrappDeleon

Is Jessica Dime pregnant? LHHATL star allegedly set to give birth ‘this season’