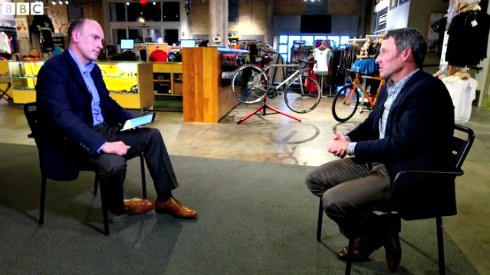 After winning the Tour De France 7 consecutive times and becoming one of the world’s most famous and admired athletes, Lance Armstrong quickly fell from grace when he was accused of and eventually admitted to using performance enhancing drugs.

In a groundbreaking interview with Oprah back in 2013, Lance was open and honest about his drug use. Lance told Oprah that, in his opinion, it wasn’t possible to win the Tour de France 7 times in a row without using performance enhancing drugs. Since then, Armstrong hasn’t sat down for an interview… until now.

In a new documentary for BBC Sports, Lance is opening up about his career.  The hard-hitting interview sparked frank discussion in which Armstrong admits that if he was given the chance to use performance enhancing drugs, he would do it all over again. Talk about a bombshell admission! 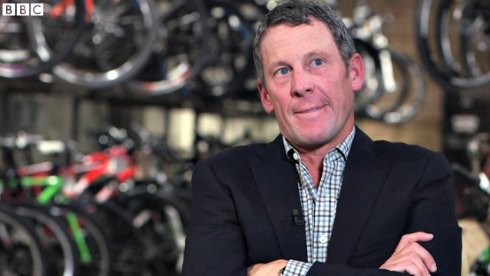 When questioned, Lance took a deep breath, extended his gaze for a moment, and confessed, “If I was racing in 2015, I wouldn’t do it again,” Lance said. “Take me back to 1995 when it was completely and totally pervasive, I’d probably do it again. People don’t like to hear that. That’s the honest answer.”

Armstrong went on to clarify his statement, “It was a bad decision at an imperfect time but it happened.”

Throughout the interview, Lance wasn’t shy about that period in his life in which he was at the pinnacle of his professional career while being personally, well, an “assh**e.”

“For 15 years I was a complete assh**e to a dozen people … that’s the man that really needed to change and never come back,” the 43-year-old confessed.

Lance also said during the interview that some of his past actions were “totally regrettable” and “inexcusable”.

You can catch Lance Armstrong: The Road Ahead, when it airs on Thursday, January 29th at 8:30 GMT on BBC News.