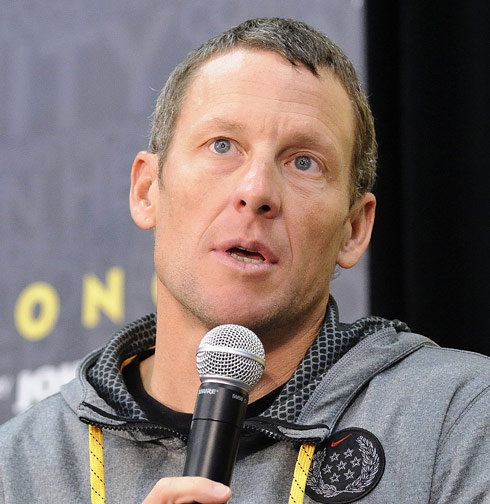 After a devastating and comprehensive report from the U.S. Anti-Doping Agency accusing Lance Armstrong of spearheading, “the most sophisticated, professionalized and successful doping program that sport has ever seen,” sponsor Nike has dropped the cyclist from their contract.

As part of their official statement Nike stated:

“Due to the seemingly insurmountable evidence that Lance Armstrong participated in doping and misled Nike for more than a decade, it is with great sadness that we have terminated our contract with him.”

In addition, Lance has announced that he will be stepping down from his role as chairman of the Livestrong charity foundation. Armstrong is a cancer survivor and founded the organization to help fight the terrible disease.

One of the interesting things about this sudden decision from Nike is that the powerhouse company still associates with Michael Vick, (after initially dropping him,) who was found guilty of operating an interstate dog fighting ring and went to prison for these charges, and Tiger Woods, who had the most public infidelity scandal in the history of sport.

Do you think it’s right for Nike to drop Armstrong for alleged cheating, which he still denies in spite of his own teammates claiming otherwise, while still being associated with Vick and Woods?