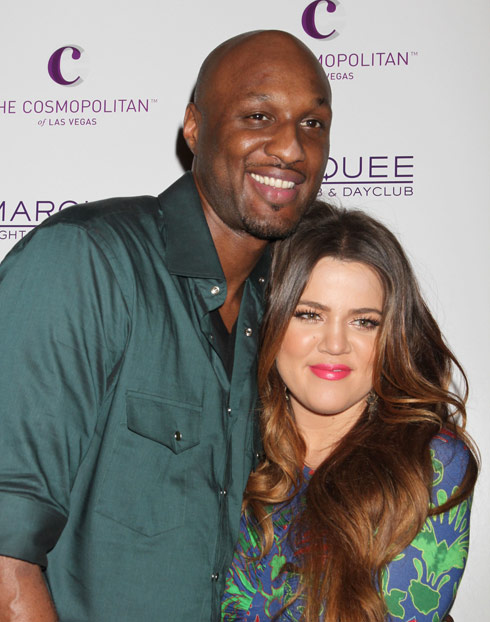 Khloe and Lamar during happier times.

Lamar Odom is hopeful that he and Khloe Kardashian will not go through with the divorce she filed in December. Even if they do divorce, Lamar tells US Weekly that Khloe would “always be my wife.”

“I love my wife. She’ll always be my wife, no matter what,” Odom said after a press conference for his new basketball team Baskonia. “Who knows? We don’t know exactly if [the divorce is going through]. Only time will tell. I hope not. But even if we were divorced, she would always be my wife.”

“Those were some of the best years of my life,” he said of his four year marriage to Khloe. “Being married and being married to a woman I decided to marry was, besides having children (he has two children from another relationship,) the most important thing in my life.”

“We all have regrets, but the thing is to learn from life. There’s no one in this room, no one in this world who can say, ‘I’m mistake-free, I have made no mistakes,'” he said, referencing his infidelity and drug use, news of which dominated headlines last year. “If you can introduce me to that person, please introduce me to that person. Let me meet him and speak to him.”

As for basketball, Lamar says he’s ready to get back on the court. “This is the love of the game for Lamar,” he said at the press conference. “I’ve got a winner mentality, the mentality of a champion.”