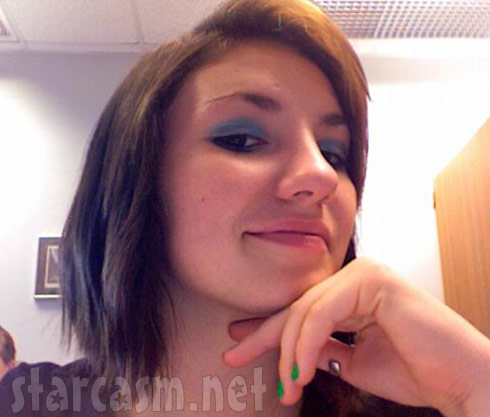 As the Teen Mom Universe anxiously awaits the December 6 premiere of the second season of Teen Mom 2 the identities of some of the girls featured in the upcoming fourth season of 16 and Pregnant continue to leak out. First we had Katie Yeager a couple months ago, and now we have 17-year-old Alexandria Sekella of Neffs, Pennsylvania.

UPDATE – Click here to meet all 12 girls from 16 and Pregnant Season 4 with photos, background info, links to their Facebook and Twitter accounts, and their episode air dates!

Alex was born on December 4, 1993 and was just about to turn 17 when she got pregnant. Back in April Alex posted a brief introduction to herself on an MTV News article announcing that 16 and Pregnant was casting for its fourth season, and it sounded like she was in a really bad situation:

“Hello, my name is Alexandria Sekella and i am 27 weeks pregnant and currently doing it all on my own soon i will be looking for a shelter for young teens with babies because my babys father does hardcore drugs and his mother is only letting me stay in the house because he keeps telling her that im giving up my baby girl for adoption. please help me. i want to show girls what it really is like to struggle from it all.”

Alex later gave birth to her daughter Arabella Sekella-McCann on July 18, 2011. According to one of Alex’s school friends (who has already started a Facebook Fan Page) she is currently engaged to her baby daddy Matthew McCann, which would seem to jibe with Arabella’s hyphenated last name, but conflict with the description of herself above from less than seven months ago. 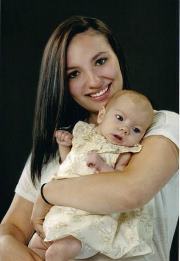 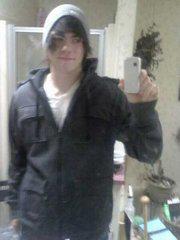 At the time she found out she was pregnant Alex was a student at Parkland High School in Allentown, Pennsylvania. (That’s right down the road from Kailyn Lowry’s hometown of Nazareth, PA for those Teen Momoloigists keeping track out there.)

Just like Cleondra Carter from Season 2, Alex is a passionate and talented dancer. Unlike Cleondra, who was part of a nationally recognized hip hop dance team, Alex is more classicly trained and leans a little more towards ballet and modern. Here are a couple videos of her dance moves from YouTube:

Alex was (is still?) a dedicated member of the East Coast Dance Connection out of Whitehall, PA, and if you visit their site (just click the link) you can see a photo of Alex and some other members of the dance school posing with an MTV camera crew with the caption, “ECDC company dancers will be featured in an upcoming reality TV show.”

But don’t think having a child has slowed down Alex’s dance aspirations! She made a post on the ECDC Facebook wall in September advertising her services as a one-on-one dance instructor:

“Hey just a Shot out to all the moms if you would like to have your daughter do a solo and are looking for a teacher thats available let me know cause i can work with her.”

In addition to dancing, Alex also likes to do a little singing! And just like with her dancing, she is unafraid to share her talents online:

That’s pretty much all we know about Alex Sekella at this time, but I’m sure we’ll be adding more before her episode premieres! Speaking of that, it’s still a mystery as to when Season 4 of 16 and Pregnant will be airing. MTV just announced the second season of Teen Mom 2 will premiere on December 6 and usually they don’t overlap, so that would put it somewhere in February or March? It’s all a guessing game at this point. (With Teen Mom and Teen Mom 2 steaming full speed ahead and with 16 and Pregnant Season 5 already in production, I wouldn’t be surprised to see MTV do a little overlap.) 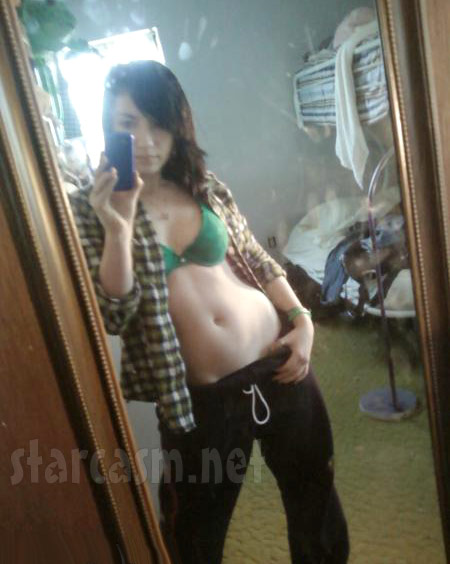 Are you a friend of Alexandria’s and have some information/corrections you’d like to share? Drop us a line at starcasmtips (at) yahoo.com or leave a comment below! We will be doing additional posts on the Season 4 cast soon! We have a short list of names of girls that made it through the initial selection process, we just need to confirm that they made it on the show 🙂