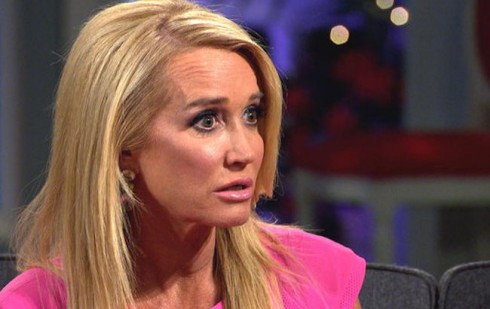 2015 has been a rough year for Kim Richards. Back in April, Kim was enjoying a few cocktails at the Beverly Hills Hotel when things got a bit out of hand. The Real Housewives of Beverly Hills star began acting belligerently: she yelled at hotel employees, locked herself in a bathroom, and kicked a police officer. As a result, she was charged with several misdemeanors: trespassing, resisting arrest, battery of a police officer, and public intoxication.

If convicted, these charges could put Kim in the slammer for up to two-and-a-half years, but her lawyer is working on a deal to keep her out of jail.

Since the arrest, Kim acted out at her daughter’s wedding, checked herself into rehab, and was fired from The Real Housewives of Beverly Hills. We hope her lawyer’s attempt at a plea deal is successful in keeping Kim out of jail.

A pretrial hearing has been set for July 16th.