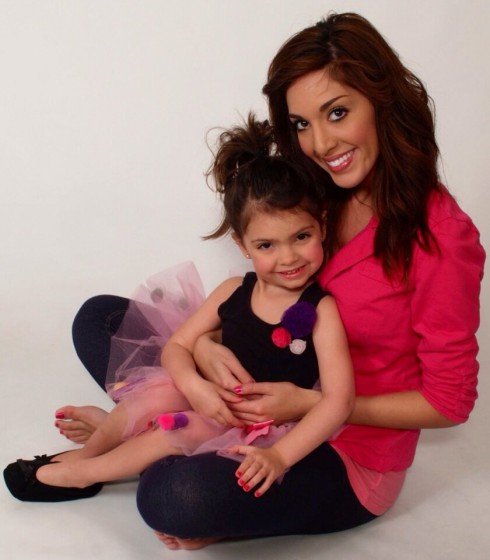 She may have recently been arrested for a DUI and attempted to stage a romance for reality TV, but Teen Mom star Farrah Abraham topped it all by tweeting that she is adopting a baby boy!

Big day for Sophia & I:) Were adopting a baby brother , Sophia is super excited xo! Adopting is a #blessing

When strange news seems to come straight out of left field, be sure to check the calendar… In this case, we’re 95 percent sure she’s trying to pull an April Fools joke. The only other feasible option is that she’s adopting a pet.

The odds that she is adopting a real baby are — in our rough estimates — 99,000,000-to-1. Her recent legal troubles aside, the domestic adoption process generally takes anywhere from six months to nearly two years. Foreign adoptions may take even longer, depending on the laws in the child’s birth country. Either way, Abraham’s followers would have likely heard something about her intentions to adopt long before the finalization day.

Who knew that our favorite Teen Mom author, chef and host could be such a joker? In honor of her joke, we petition to start a new hashtag: #FarrahAprilfoolsbraham

Abraham wasn’t the only 16 & Pregnant alumna in on April Fools: Katie Yeager tweeted an engagement picture. She later deleted the picture, but we managed to grab a shot first. 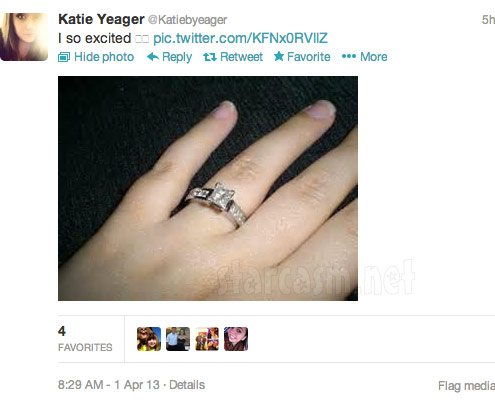 We’re pretty sure that was also a trick, considering Yeager describes herself as “single” on Twitter. She also followed up with some comments about April Fools. The other option is that she up and went to Vegas… Either way, nothing wrong with a little harmless fun!

PHOTOS Farrah Abraham went as Wonder Woman to the VMAs