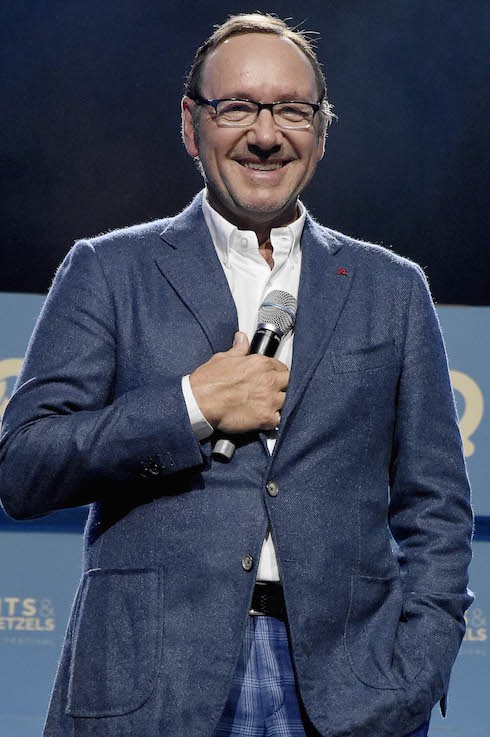 Just five days after the initial sexual harassment allegations against Kevin Spacey went public, a flood of new and increasingly disturbing claims has forced Netflix to all but fire Spacey from the sixth and final season of House of Cards. The company is also shelving a biopic starring Spacey that had been scheduled for release in 2018.

Less than a week ago, actor Anthony Rapp said Spacey had come onto him while drunk at a party at Spacey’s home in 1986. Spacey was 26 at the time; Rapp, with whom had Spacey had been co-starring in a Broadway play, was 14. Since then, many other actors and members of the entertainment industry have come forward with similar claims; a CNN report found that at least eight people who work or have worked on House of Cards described Spacey’s on-set behavior as “predatory,” and that Spacey’s habits included “nonconsensual touching,” “crude comments,” and “target[ing] production staffers who were typically young and male.”

The most recent allegations–made public just last night–come from Harry Dreyfuss, son of Oscar-winner Richard Dreyfuss. Harry, now 27, accused Spacey of groping him repeatedly when he was 18.

As a result of the torrent of allegations, Netflix–which had already announced that House of Cards Season 6 would be the show’s last–announced that they would no longer be associated with the show as long as Spacey remained a part of it. Here’s their full statement on Kevin Spacey fired:

Netflix will not be involved with any further production of House of Cards that includes Kevin Spacey. We will continue to work with MRC during this hiatus time to evaluate our path forward as it relates to the show. We have also decided we will not be moving forward with the release of the film Gore, which was in post-production, starring and produced by Kevin Spacey.

Though the statement doesn’t explicitly announce Kevin Spacey fired from the show, it amounts to Spacey’s permament removal from House of Cards‘ production. Netflix’s announcement is also a dramatic escalation of the statement given earlier in the week by Media Rights Capital–the MRC mentioned above–the company that actually owns the rights to House of Cards and produces the show for Netflix. Here’s MRC’s announcement:

While we continue the ongoing investigation into the serious allegations concerning Kevin Spacey’s behavior on the set of HOUSE OF CARDS, he has been suspended, effective immediately. MRC, in partnership with Netflix, will continue to evaluate a creative path forward for the program during the hiatus.

Despite Kevin Spacey being fired from the show, however, it’s unlikely that Season 6 will be axed altogether. According to Variety, the show’s producers are both “poring over Spacey’s contract to see if they can legally move forward without him” and are “exploring a possible spinoff.” The spinoff would reportedly “tak[e] place in the same narrative universe as House of Cards“; one possibility involves a show based on “Doug Stamper, the political aide-de-camp played by actor Michael Kelly, with Eric Roth set to write.”

Icky though that may sound, it’s not like there’s no precedent for a TV network figuring out a way to keep its most popular show on the air after one of that show’s stars was taken down by life-altering scandal and shame. As for poring over Spacey’s contract, it’s hard to believe that neither Netflix nor MRC would allow any of its contracts to go without some sort of morality clause allowing them to dissolve all association in situations like these.

Finally, in case you were wondering, here’s what Netflix’s now-shelved biopic Gore is about:

…The biopic had wrapped shooting in Italy in recent days, just as the scandal erupted. Directed by Michael Hoffman, Gore has been in production for several months.

The film was based on Jay Parini’s 2015 biography, Empire of Self: A Life of Gore Vidal, and focused on the period following Gore’s loss to Jerry Brown for the Democratic nomination to the U.S. Senate. Gore retreated to his Italian villa, La Rondinaia, on the Amalfi Coast in a bacchanalian attempt to circumvent his writer’s block and sense of ennui.

Netflix had planned a 2018 release for Gore.