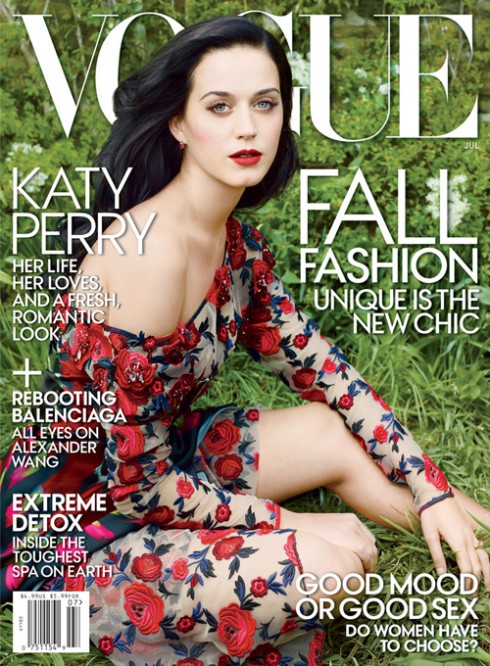 Katy Perry and Russell Brand first met on the set of Get Him To The Greek in the summer of 2009. The pair began dating in September, were engaged in December, and one year later they wed. In the beginning it was a storybook celebrity happy ending for the two, but after 14 months of marriage, Russell filed for divorce. In the July 2013 issue of Vogue Magazine, Katy is opening up about the marriage, her divorce, and moving on.

“He’s a very smart man, and I was in love with him when I married him,” Katy tells Vogue of her former partner. “Let’s just say I haven’t heard from him since he texted me saying he was divorcing me December 31, 2011.”

That’s almost as bad as a post-it, but perhaps he had a good excuse. During their marriage, the pair was often apart, which Katy admits to, so maybe he just couldn’t reach her otherwise. 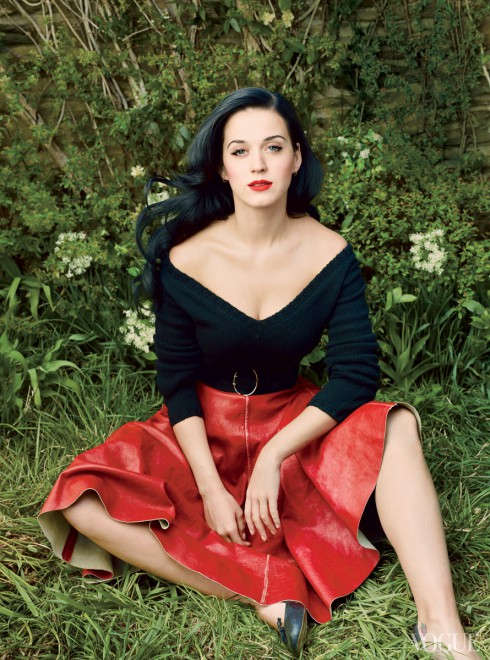 “I have to claim my own responsibility in things. I do admit that I was on the road a lot. Although I invited him time and time again, and I tried to come home as much as I possibly could,” Katy explains. “You saw that in the movie [Katy Perry: Part of Me]. That wasn’t edited to leave footage out — there wasn’t any footage of him.”

Although Russell’s comedic ways were charming when they first met, Katy claims they quickly became irksome and placed an added tension on their marriage.

“[He’s] hysterical in some ways,” she says. “Until he started making jokes about me and he didn’t know I was in the audience, because I had come to surprise him at one of his shows.” 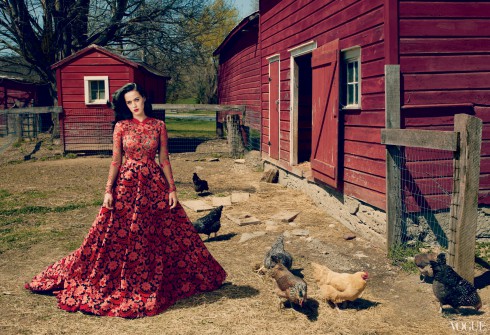 In addition to his jokes not being funny, Katy also credits Russell’s inability to handle her success as one of the reasons behind their split.

“He didn’t like the atmosphere of me being the boss on tour. So that was really hurtful, and it was very controlling, which was upsetting,” she reveals. “I felt a lot of responsibility for it ending, but then I found out the real truth, which I can’t necessarily disclose because I keep it locked in my safe for a rainy day. I let go and I was like: This isn’t because of me; this is beyond me. So, I have moved on from that.”

Months after Katy and Russell split, she was spotted with John Mayer. Although he was her first relationship since her divorce, Katy insists that their relationship was in no way a rebound — and it still isn’t.