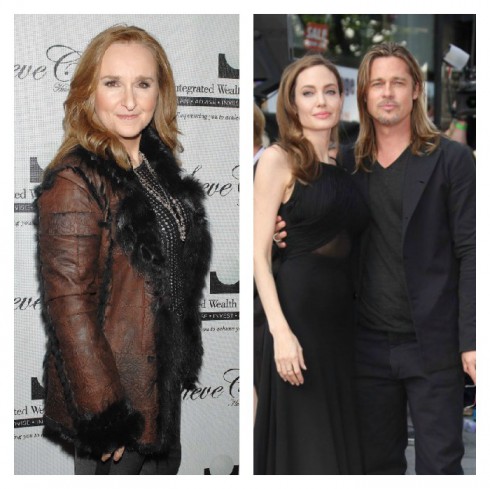 “I wouldn’t call it the brave choice,” Melissa told Washington Blade of Angelina’s decision to get a double mastectomy when she learned she carried the mutated BRCA gene. “I actually think it’s the most fearful choice you can make when confronting anything with cancer.”

Melissa was diagnosed with breast cancer in 2004 and underwent a lumpectomy and five rounds of chemotherapy to treat the disease. Even with her experiences and the same gene mutation as Angelina, she said she wouldn’t have pursued a preventative mastectomy if given a second chance.

“My belief is that cancer comes from inside you and so much of it has to do with the environment of your body,” Etheridge said. “I’ve been cancer free for nine years now and looking back, I completely understand why I got cancer. There was so much acidity in everything.”

Rather than rushing to the operating room, Etheridge encourages those with the mutated BRCA gene to consider natural preventative measures.

“I really encourage people to go a lot longer and further before coming to that conclusion,” she said of surgery.

Angelina, who opened up about her decision in a New York Times op-ed in May, hasn’t responded to Melissa’s statements. However, Angelina’s fiance and staunch supporter, has shared his thoughts.

“I think it’s an individual decision and I found it very empowering instead of scary,” Brad Pitt, who described Melissa as an “old friend,” told Us Weekly on June 17. “We experienced the exact opposite.”

In the war of words with Melissa, it seems the public opinion is siding with Angelina and Brad. Cheryl Crow and Giuliana Rancic, who are both breast cancer survivors, have also spoken out in support of Angelina.

Just more than one month after she announced she underwent the mastectomy, there have already been positive changes in the realm of genetic testing. Just this week, Pathway Genomics announced it will make the BRCA test more affordable.

PHOTOS My 600 Lb Life Lindsey update: How does she look today?