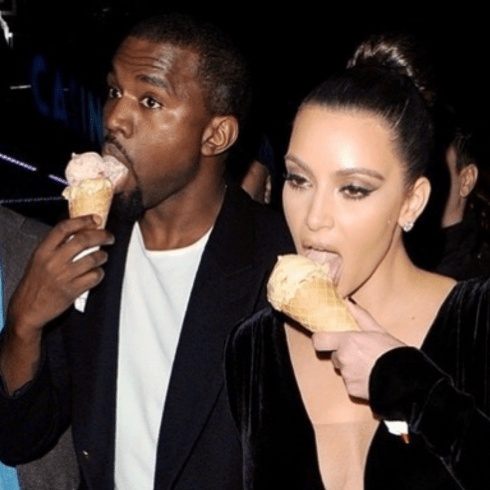 Kanye West has been absent from social media since last May (2017,) but returned to Instagram for nine hours on Valentine’s Day with a stream of now-deleted posts that left a lot of people confused. 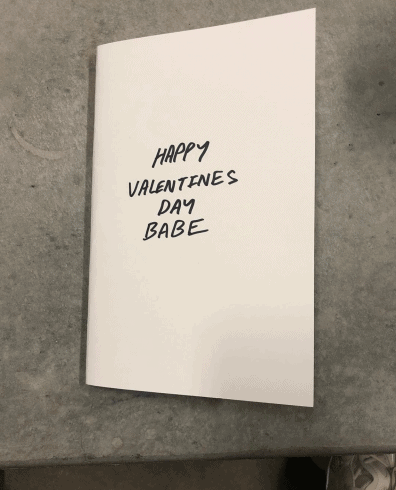 He started off the posting session with a photo of his Valentine’s Day card for wife Kim and two romantic photos of them together. He followed up with dozens of nostalgic photos of iconic celebrity couples. The point seemed to be that he and Kim are another celebrity couple for the ages, but the amount of couples in the list that had bad splits was enough to leave some speculating that perhaps he was sending a message of doom about Kimye. 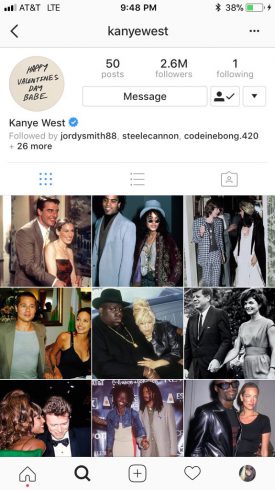 There were enough couples in the list who are still together, or were together til death did them part like Barack and Michell Obama, Iman and David Bowie, Jada Pinkett and Will Smith, and Victoria and David Beckham to make the case that Kanye was just feeling the moment and decided to briefly turn his Instagram into a teenage girl’s Tumblr.

Kim shared a sweet Instagram photo of the couple together proclaiming she would love Kanye “to infinity.”

I love you to infinity! Happy Valentine’s Day!!! 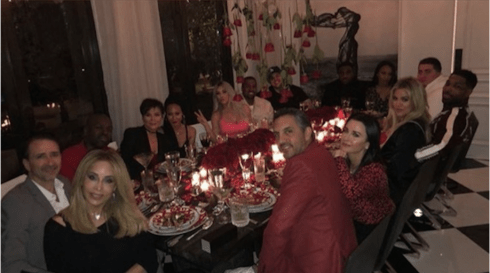 Today it was announced that Kanye’s $10 million lawsuit over the cancelled Saint Pablo tour in 2016 has been amicably settled. The rapper reportedly paid most of what the insurers Lloyd’s of London were due under his insurance policy. West had to cancel the tour so he could receive psychiatric in patient care for depression.

Kylie Jenner and Tyga in trouble; Kanye West steps in to give relationship advice