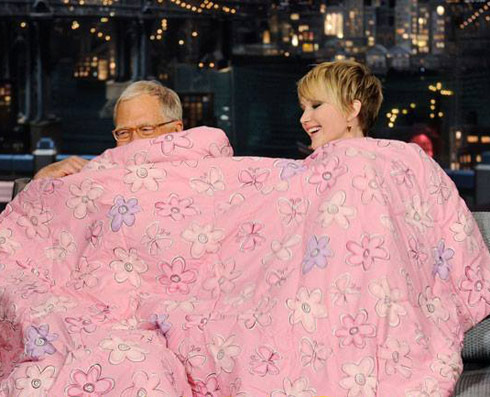 Hunger Games star Jennifer Lawrence visited David Letterman last night and was her usually candid, endearing and self- deprecating self.

During her interview with Dave, the 23-year-old revealed she had been suffering from abdominal issues she called a “fulcer” which forced her to cancel a number of promotional appearances.

“I just had this really bad pain for, like, three weeks. And you know you can only sh*t your pants so many times a day before you go to the emergency room, before you’re like ‘I need to go to the hospital.'”

The story of Jennifer’s “fulcer” only got funnier from there:

Lawrence then explained that she received an endoscopy, a procedure which required the actress to be put to sleep. She admitted to freaking out and being a “head case” wondering what was going with all the devices before she was out.

Her anecdote about what was going on in her mind as she hazily awoke is the best part:

“When I woke up she was like, ‘Jennifer, did you have any dreams?’ I went, ‘I dreamed there was a nuclear bomb.’ And then like the first lucid conversation I remember having was about the Kardashians. And then I put my hand on the anesthesiologist’s chest and said, ‘Will you please just promise me something? Will you promise me you’ll watch Real Housewives of Beverly Hills? Please.'”

That’s one of the most simultaneously hilarious and frightening recollections you’re bound to hear! To prove the point, here’s a visual representation of what happens inside the subconscious mind of Jennifer Lawrence: 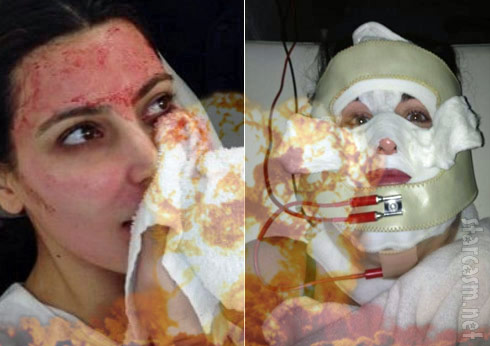 Kim and Kanye are expecting baby #3, a girl, in January