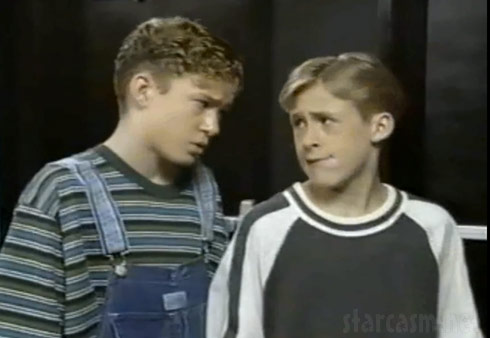 Here’s a blast from the past triple shot, Disney-style! Check out this amazing clip of a Mickey Mouse Club intro from their episode featuring Xscape, which includes singer (and future The Real Housewives of Atlanta star) Kandi Burress. The group is practicing a song a cappella when they are graciously interrupted by MMC boy stars Justin Timberlake and Ryan Gosling!

Here are a couple great screen caps of the boys and Kandi: 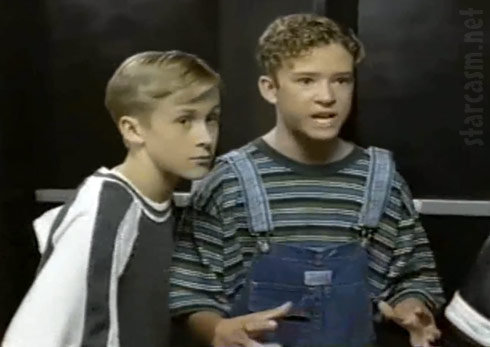 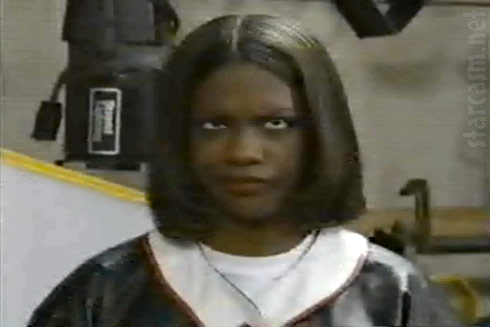 Little Justin and Ryan (holy crap little Ryan Gosling looks just like big Ryan Gosling!) want to know how the group got their name and they offer up their own boyhood fantasy theories that involve lots of explosions, swat teams, and getaways. The gals downplay the theories and Tameka “Tiny” Cottle (star of her own reality series Tiny and Toya on BET) explains the group chose their name “because we wanted our music to appeal to everyone.”

And here are the girls of Xscape doing a brief interview with Mickey Mouse Clubbers Marc Worden and Chasen Hampton before performing their song “Understanding:”

It’s so amazing how Kandi has all the same mannerisms that she does on The Real Housewives of Atlanta! I mean check out her patented eye-rolling and mouth puckering we’ve seemed aimed many times in the direction of NeNe Leakes and Kim Zolciak!

Want to see more of Kandi before she was a housewife – or even a big star with Xscape? Then be sure to check out Bravo’s show The Real Housewives of Atlanta: Before They Were Stars which airs this Sunday night at 9/8c!