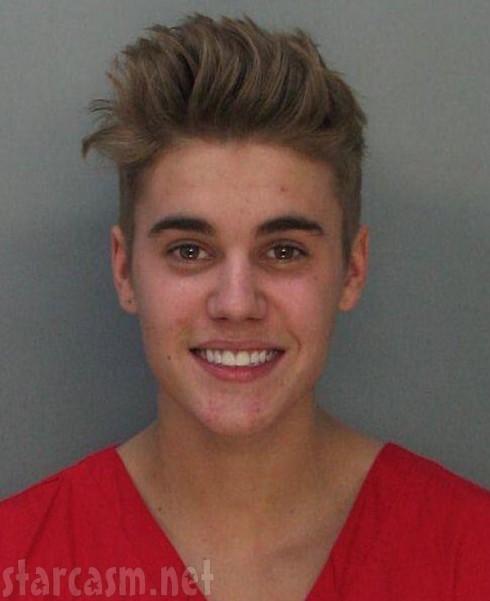 Justin Bieber’s mug shot for his arrest earlier this morning in Miami Beach, Florida has officially stripped The Bachelorette‘s Kasey Kahl of his “Happiest Celebrity Mug Shot” title! (Actually, Kasey’s title was for “Prettiest,” but I think Justin takes that one too.) 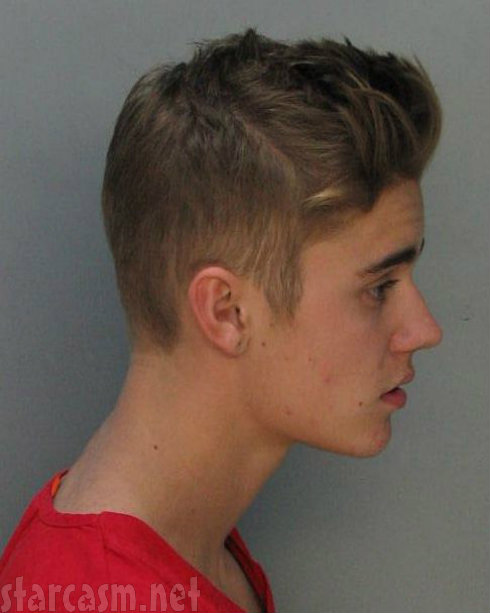 The Miami Herald reported Justin was drag racing after he had his entourage block off a section of a residential neighborhood. According to TMZ, Justin’s dad, Jeremy Bieber, was among the enablers blocking the road.

When the cops caught up with the pop singer, Justin was incoherent and resisted arrest by refusing to take his hands out of his pockets. Model Chantel Jeffries was in the passenger’s seat.

Justin eventually told officers he had a beer, was under the influence of prescription medications and smoked marijuana in the hours leading up to the arrest. Officers report Justin directed a series of f-bombs at them. 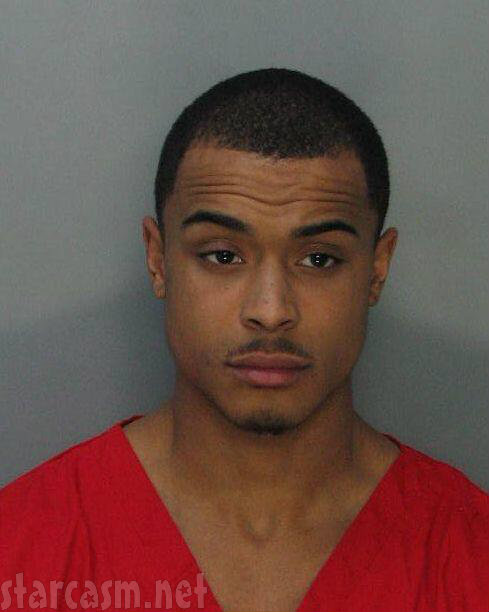 Justin was taken to the Miami Beach Police Station and was subsequently booked at the TGK Correctional Center. 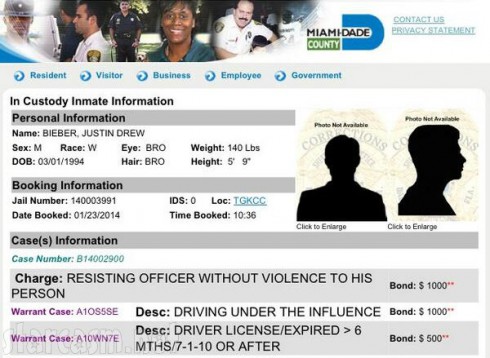 The arresting officer explained, “I immediately smelled an odor of alcohol emanating from the driver’s breath and bloodshot eyes. The driver had slow deliberate movements and a stupor look on his face.”

All of Courtland Rogers’ mug shot photos to date