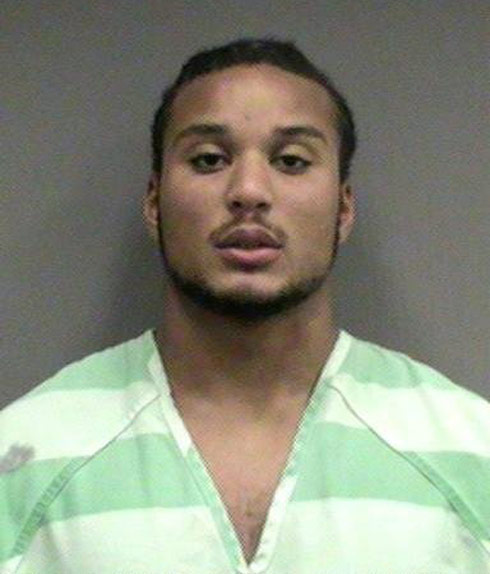 The projected starting middle linebacker for the Florida Gators was arrested early Sunday morning for barking at a police dog.

Antonio Morrison, 19, was just chilling outside a late-night Gainesville club as police were responding to a reported disturbance at around 4:15 am. As officers were making arrests, Morrison got the bright idea to approach a canine named Bear, who was in the backseat of a patrol car, and try to communicate to the pup in dog-speak.

An officer noted the questionable barking-behavior and asked Morrison to step to the front of the vehicle because the dog barkerer was hindering the cops from doing their job. When said officer tried to handcuff Morrison for being an idiot, he upped the dumb factor by resisting arrest.

Morrison was charged for resisting arrest / obstructing justice without violence and interfering with police by harassing a police animal. He appeared before the court later Sunday morning before a judge let the dog out…

The Florida Gator’s head coach Will Muschamp’s bite was worse than his bark as he suspended Morrison for at least the first two games of the season.

This wasn’t Morrison’s first run-in with the law dogs outside of a club as he previously had been arrested in June for punching a bar bouncer and then proclaiming, “I am Antonio!”