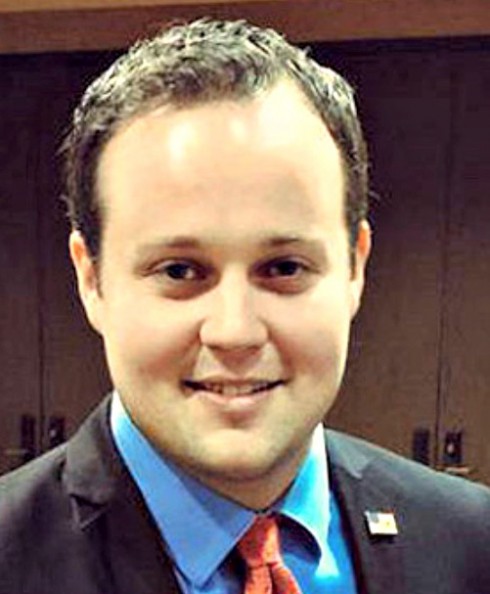 “It’s been an unprecedented attack on our family,” said the Duggar patriarch. “This information was released illegally, so I wonder why this press is not going after the system for releasing the juvenile records….Hopefully justice will be served on the ones who released the juvenile records to protect their other juveniles.”

Michelle added they feel that way not only because of Josh, but also because of how the situation has affected the five victims:

As a mom, that breaks my heart for my girls. They’ve been victimized more by what’s happened in these last couple weeks. In our hearts before God, we haven’t been keeping secrets. We have been protecting those that, truthfully, should be protected.

In a preview for their interview on Friday, self-identified victims Jill Dillard and Jessa Seewald also said they believe the system failed them.

“We are victims, they can’t do this to us,” Jill said while fighting back tears.

“The system that was set up to protect kids,” Jessa added. “Both those who make stupid mistakes or have problems like this in their life and the ones that are affected by those choices. It’s greatly failed.”

The problem is, there doesn’t seem to be a clear answer on whether Josh’s records were legally obtained. Indeed, under Arkansas’ Code Ann. 9-28-217, a juvenile’s records shall not be released publicly, even under the Freedom of Information Act. However, although Josh was a juvenile when the incidents occurred, he was 18 when the 2006 investigation was conducted.

UPDATE: In a Thursday press release, the Springdale city attorney confirmed Josh’s record was not sealed because “the person listed in the report was an adult” at the time the report was filed.

As for whether the records should have remained sealed to protect the victims, the rules are not quite as clear. Under the national Freedom of Information Act’s list of exemptions, files should not be disclosed if they “would invade another individual’s personal privacy.” However, Arkansas’ specific FOIA explains in more detail that is limited to issues about medical records, school records, adoption records and more. There is no mention of what rights are provided to minors who are victims. In compliance with Arkansas law, their names and pronouns were redacted.

On an episode of The Kelly File before Jim Bob and Michelle’s interview, even experts couldn’t agree on whether the information was legally or illegally released.

Said Megyn Kelly, an attorney herself, “We sealed the records of juveniles in this country, because we made a policy decision that we’re not going to hold their acts against them, unless a judge says we can release them, or they commit a felony for which they’re charged as an adult. Neither of which happened here.”

Arthur Aidala, a Fox News contributor, disagreed: “They made a decision that if everyone’s name was redacted, the defendant and the victims, and that document turned over, you’re just turning over a fact scenario, that nobody, and it would have been in the public interest to turn that over.”

Speaking on Wednesday, Jim Bob and Michelle said they are meeting with an attorney for guidance on what kind of legal recourse they may take — which may give us a better answer on whether the release of the information was legal or illegal.