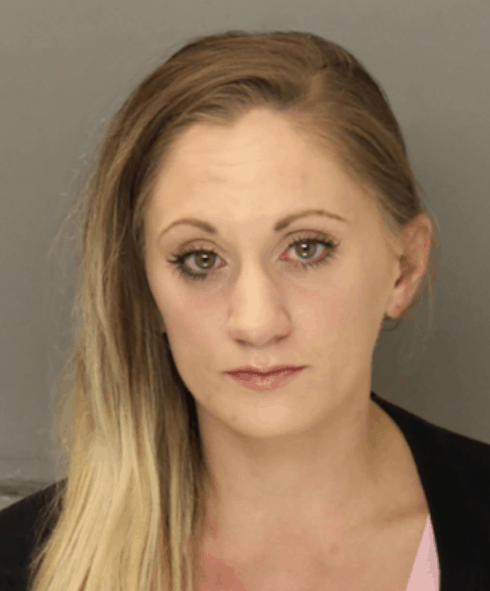 A 30-year-old mother has been arrested and charged with murder after drugs in her system were allegedly transferred to her 11-week-old baby via breast milk in a middle-of-the-night feeding. Samantha Whitney Jones, of New Britain Township PA, has been formally charged with criminal homicide, following an autopsy that concluded her infant, R.J., “died from a combination of methadone, amphetamine, and methamphetamine, allegedly transmitted through Jones’ breast milk.”

Jones was “too tired to downstairs and prepare a bottle” for R.J. — whose full name is withheld in court documents — when the baby woke up crying at about three AM in the morning of April 2nd. Jones “tried breastfeeding” her child, but told detectives she couldn’t be sure that the baby actually did feed, as Jones “dozed on and off for the next three hours.”

Jones’ husband, Vincent McGovern, prepared a bottle of formula for his wife between six and six-thirty AM, then left for work. The next time Jones checked on her baby, he was “pale with a bloody mucous coming out of his nose.” Doctors tried reviving the infant when Jones brought it to the hospital, but were unable to do so.

It appears that the Bucks County District Attorney charged Jones with homicide based in part on the conclusions of the doctor who performed R.J.’s autopsy. Per NBC Philadelphia:

The doctor who performed the autopsy ruled the cause of death a homicide because of the combination of drugs found in the baby’s blood. The doctor “advised R.J. ingested the combination of fatal drugs through breast milk,” according to the complaint….[Jones] also allegedly said she had been prescribed methadone for an addiction to pain killers. She allegedly said she was taking the prescription while she was pregnant and at the time of R.J.’s death, the complaint said.

Lou Busico, Jones’ attorney, argued against the charge, saying during Jones’ arraignment that the infant’s death was unintentional. But Jones’ bail has been set at $3 million cash, according to ABC 13 — something that Busico also argued against, saying his client is “not a flight risk.”

Jones also has a two-year-old son. The toddler is currently in Vincent McGovern’s care.