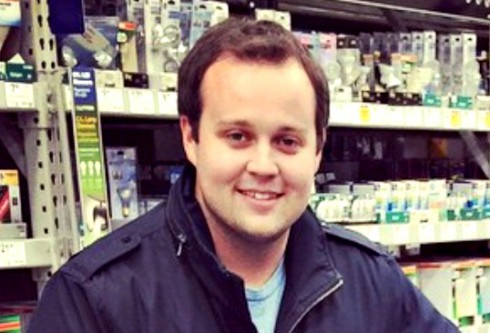 According to a 2012 Arkansas Legal Services Partnership pamphlet, sexual offenders whose victims were younger than 18 are not eligible to have their records expunged. Although Josh’s situation was different because he wasn’t convicted of any crimes, Officer Lewis said records similar to Josh’s are often kept indefinitely.

Judge Zimmerman has not responded to any requests for comment, but the document approving the expungement request said she agreed to expunge Duggar’s record because the 2006 police report “contains information, which may directly or indirectly identify the Movant as a victim of a sex crime, and Movant is a minor child.”

There are a few noteworthy pieces of information complicating the situation. For one, Radar Online reports Judge Zimmerman was personally selected by former governor Mike Huckabee to two different committees. Huckabee is a close friend of the Duggar family and already expressed his support of Josh. Furthermore, the accused or convicted offender is typically the one who asks for a record to be expunged. In this case, there were five victims identified in the police report — which makes you wonder how the other four felt when Josh’s slate was wiped clean.

There is also the question about whether expunging Josh’s record really matters at this point. As soon as the police report was published last week, the damage to Josh’s reputation was done. He reacted hours later by resigning from his position as executive director of the Family Research Council’s lobbying body. The fate of TLC’s 19 Kids and Counting still hangs in the balance. And, for as long as the Internet exists, people will be able to read about the accusations.

Unfortunately, the same goes for the victims — some of whom are reportedly Josh’s sisters. Considering what is likely one of the worst incidents in their lives is now public knowledge, should they be further penalized by having 19 Kids and Counting (and its paychecks) taken away, too? This situation is nothing if not complicated.