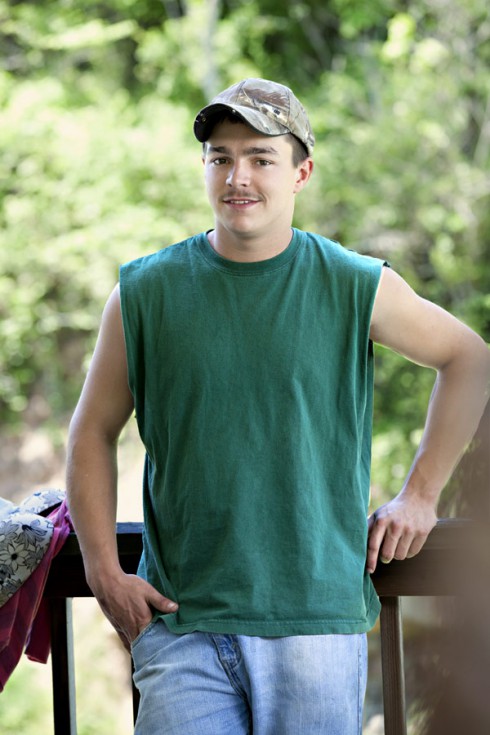 After being reported missing by family members yesterday, Buckwild cast member Shain Gandee has reportedly been found dead along with two others in a vehicle near the Wolf Pen Road area in Sissonville, West Virginia.

“Three people were found dead Monday in the Sissonville area in a vehicle, including Buckwild cast member Shain Gandee, Kanawha County Commissioner Kent Carper said.” The site adds, “The names of the other people found in the vehicle were not available. Authorities had been searching for Gandee, who had been missing along with his uncle, David, for about 31 hours. It had not been confirmed yet whether David Gandee was in the vehicle.”

Our thoughts are with the Gandee family during this difficult time.

Here is the original post made after Shain and his uncle were reported missing:

Shain Gandee and his 48-year-old uncle David Gandee have gone missing, according to a new report. The Buckwild star and his uncle reportedly visited a bar in Sissonville, West Virginia early Sunday morning, but haven’t been seen since. The family contacted police yesterday and a missing persons report was issued for both parties.

The Kanawha County Sheriff’s Department claims that the family searched for them most of the day Sunday, but to no avail. The two were at Larry’s Bar in Sissonville around 3 a.m. on Sunday, and had said they were planning to go four-wheeling in Shain’s Ford Bronco but didn’t reveal where.

No foul play is suspected at this time.

TMZ is speculating that they could have died from carbon monoxide poisoning because the tailpipe was submerged in mud, but nothing official has been revealed at this time.

A couple members of the cast of Buckwild have tweeted about the missing Shain:

Cara Parrish: “It sure is hard to find someone when they take off if they don’t believe in cell phones. #ImGoingToPlantAGPSInShain”