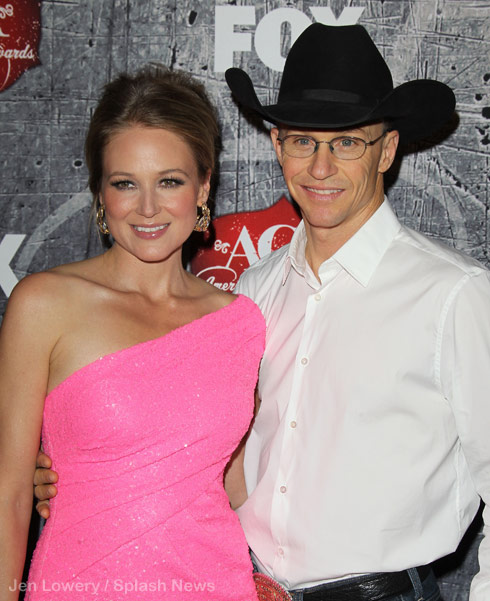 Singer Jewel has announced that she and husband Ty Murray are divorcing after 6 years of marriage and 16 years as a couple.

In an emotional letter penned directly to her fans via her official website the 40-year-old wrote in part:

My husband, friend and partner of 16 years and I have decided to get a divorce.

Ty and I have always tried to live the most authentic life possible, and we wanted our separation as husband and wife to be nothing less loving than the way we came together. For some time we have been engaged in a private and difficult, but thoughtful and tender undoing of ourselves. Allowing ourselves the time and space to redefine what we are to each other with love rather than malice.

We have been so aware that it is easiest to use the inertia of anger to leverage two souls apart who have been bound together by so much living. By a child.  But we did not want anger to burn the ties that bound us. Instead we have chosen the much more difficult task of undoing ourselves stich by stich, and releasing each other with love so that we may take on our new form: dear friends and devoted co-parents of our beloved son Kase. We have no desire to damage ourselves and each other in the process. Who better than each other to bear witness to the heart ache of redefining our family?  And who better as ally, while we learn to redraw ourselves in whatever new shape we find as separate people who are still striving to be the best versions of ourselves- as humans and as parents.

Jewel and Murray, a 9-time World Champion rodeo cowboy, married in 2008 in a quiet ceremony in the Bahamas after having dated for a decade. The couple have one child together, son Kase Townes, who turns 3 next week.

The conclusion of the post included a statement from both Jewel and Ty:

Our dedication to our son is unwavering and we are both committed to being the best partners in raising our son. Due to the spirit in which we have gone about this separation, we trust we can remain dear friends who hold each other in high esteem, which is so important to us as parents- as we wish only what is best for our son.

Sad news – but it certainly appears that both have the right focus while going through a very difficult time.