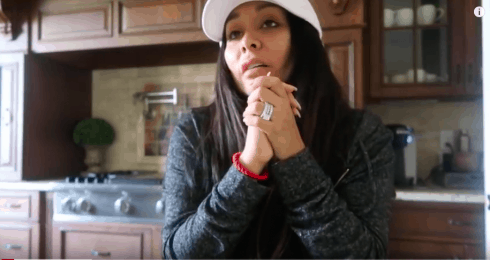 It’s happening! Snooki announced her pregnancy with her third child with husband Jionni LaValle last week and now she’s sharing her pregnancy journey on YouTube. In the video shared today Snooki says she’s been trying to get pregnant for a while and is happy to share that she’s now expecting baby number three.

The video was titled “MATERNITY SERIES EP1,” so it looks like Snooki will be sharing her entire pregnancy journey on the video site. The episode followed Snooki as she showed off three positive pregnancy tests and then took a trip to the doctor for a sonogram, blood tests and to hear the heartbeat.

“I’ve already done my crying, my spiel,” she shared. “It’s been happening. So I’ve been hiding something from you guys for a while.” 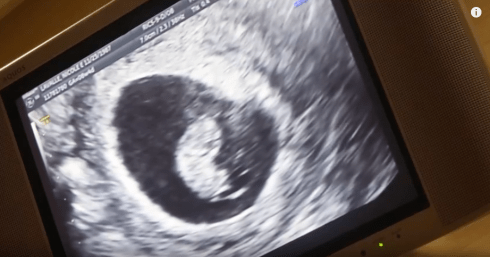 The new baby will join 6-year-old Lorenzo and 4-year-old Giovanna. Snooki says she and Jionni have been trying for a new baby since July and Snooki got a little nervous because it was taking so long. She said people told her that it would be harder now that she’s older, but Snooki snapped back with “B!tch! I’m 30.”

Snooki says she’s going to start eating better and working out more because she’s “fell off a little bit.” Her due date is currently in June.

Snooki says she wishes she could have a baby ever year, but it just hasn’t been realistic because of her busy schedule. “I wanted to make that paper before I decided to have another baby.” Snooki says that the Jersey Shore producers don’t even know yet about the pregnancy. She’s super excited to be pregnant the same time as Deena. “Two meatballs pregnant together,” she quipped.

Bringing Up Bates’ Erin Paine and husband Chad on their miscarriage: We know that it is safe with Jesus

Greatest Jersey Shore photo ever? Snooki, bullhorn, and a gypsy in Florence