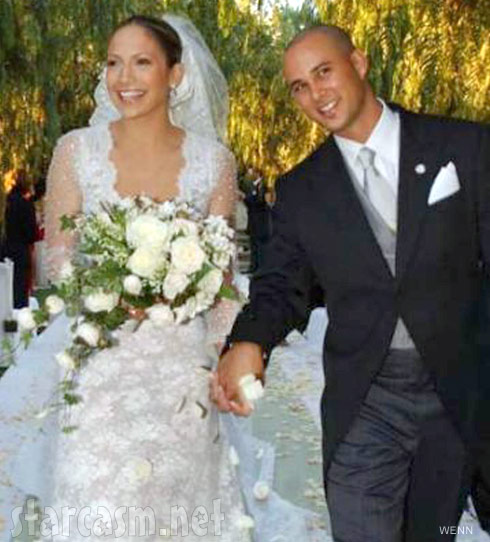 Throughout her career, Jennifer Lopez has created a name for herself as a triple threat: singer, dancer, and actress. The 45-year-old mother of two has also left a legacy… as an ex-wife.

Even though her second marriage to back-up dance Cris Judd lasted just 9 months, it was long enough to thrust Judd into an unwelcome spotlight.

Judd recently spoke out about his marriage to J. Lo during an interview with Us Weekly at the 2014 Industry Dance Awards, and it’s not surprising to hear Cris say he struggled in his relationship to the A-lister. “You know it’s very tough,” Cris said. “Your privacy is breached. You’re no longer a normal person.”

Despite working with some of the biggest names in the music industry, Cris admitted it was “tough to be in that limelight.”

In the months following the breakup, Cris remained tight-lipped on the nitty gritty details of what tore their marriage apart. Now that it’s been more than ten years since they have parted ways, Cris is more open about his marriage. “It sucks. It’s not fun. It’s very intrusive and who wants that? No one wants that,” Cris said of the constant paparazzi attention he faced during their relationship.

While the marriage ended in divorce, things weren’t always so bad between the pair. Cris claims it was love at first sight when he and Jennifer met. During an interview for Oprah: Where Are They Now, he said, “I shook her hand and we kind of looked at each other. In my head, I’m like ‘oh my god, I’m going to marry this woman.'”

Jennifer also re-married in 2004 to Marc Anthony. They were married for ten years and raised two children, twins Max and Emme, before divorcing in 2014.