Tough to say which Jennifer Lawrence moment got more buzz last night: Her Oscar win for Silver Linings Playbook or her stumble up the stairs on her way to accept the award? Fortunately for her publicist, Lawrence’s biggest faux pas came in front of a smaller audience at the post-ceremony press conference when she flipped the bird. 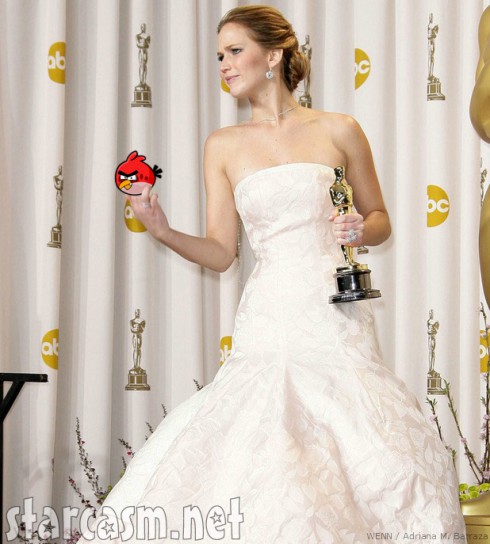 The normally offensive gesture was met with laughter as Lawrence explained, “I’m sorry. I did a shot before I… Sorry.”

With that explanation, she possibly became the only celebrity to win more fans with a vulgar gesture. The refreshingly unfiltered Lawrence also told reporters that when she tripped on her way to the podium she “thought a bad word… that begins with ‘F.'” 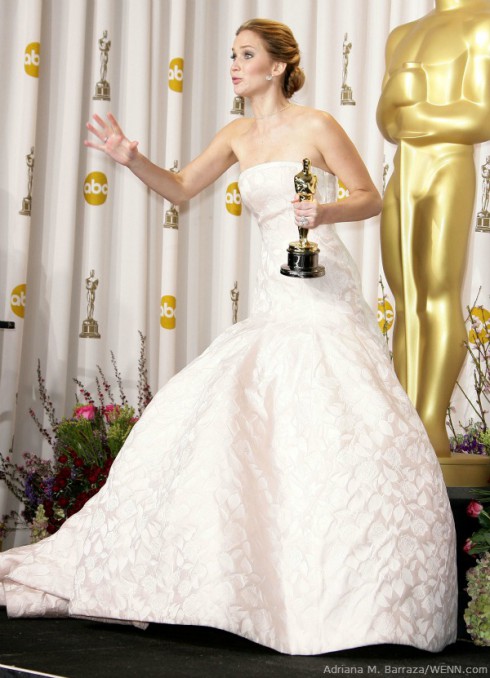 Lawrence’s eventful night was capped off with some on-air jest with 75-year-old Jack Nicholson. He playfully interrupted her interview with Good Morning America to compliment her award-winning perforance and to say she looked like an old girlfriend.  As usual, the 22-year-old star played right along, quipping, “Oh really? Do I look like a new girlfriend?”

Personally, I am glad that Lawrence won the Oscar… If only for the selfish reason that it virtually guarantees that she’ll be around Hollywood for a long time to come! Her wit and personality continually amazes me and she is a fantastic role model for body confidence. Win-win for society!

What do you think of Lawrence’s finger flipping: Was it endearing or inappropriate?