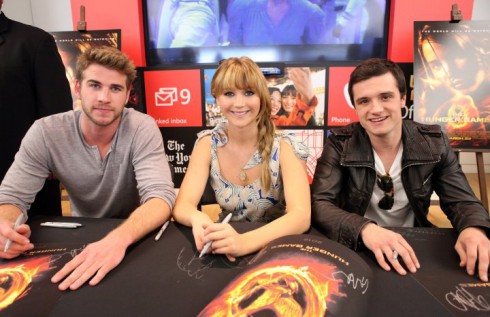 Here are some photos from the Hunger Games fan page on Facebook of Katiss (Jennifer Lawrence), Peeta (Josh Hutcherson), and Gale (Liam Hemsworth) signing autographs and greeting their fans. 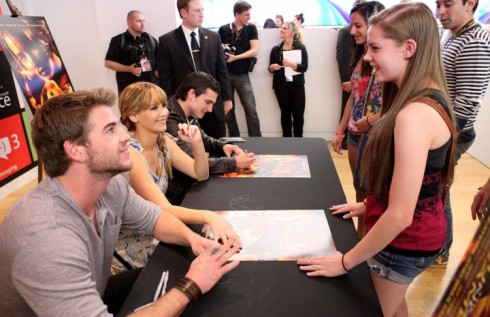 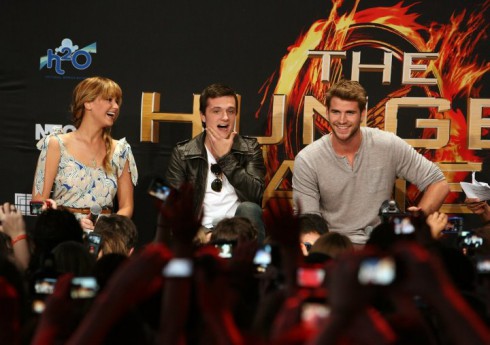 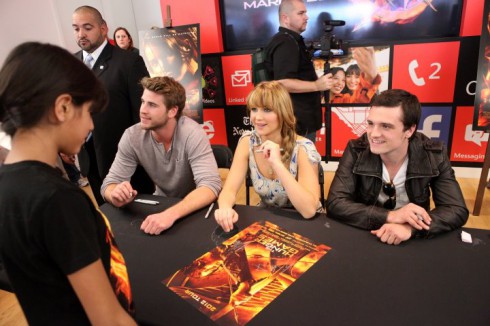 If your city (or one in road trip range) is on the list below, then pull out your mocking jay t-shirts and get going! And take note that not all the stars are making all the appearances, so you might have to cover a few more miles to get up close and personal with your favorite Hunger Games celebrity.