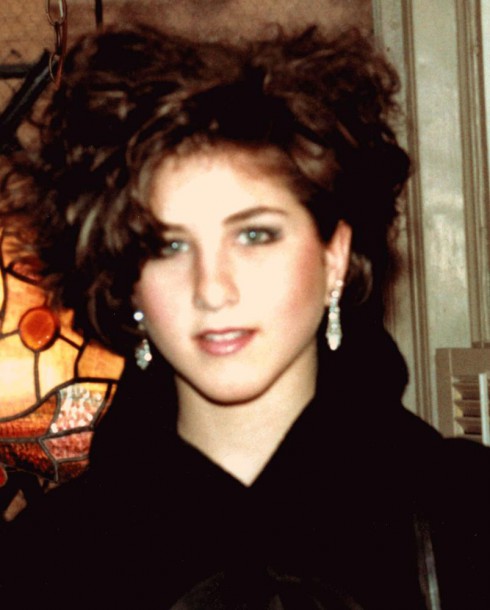 The recently crowned Sexiest Woman of all Time by Men’s Health magazine has revealed that she was once a “dumpy teenager” who went all “goth” as a way to rebel against her model mother.

Like most of us during those transforming, hormone-laced years Jennifer struggled through a long awkward phase that she admits was mostly self imposed. She told InStyle:

“I was a dumpy teenager. My mom was a model and was all about looks, so I rebelled by going goth. It took me years of peeling back the onion to finally stop using makeup as a mask and feel comfortable in my skin.”

I’ve got to say that Jennifer is certainly not endearing herself to anyone who might consider themselves goth. I mean using terms like “dumpy” and saying that she had to “peel back the onion?” She better not show her face the next time Marilyn Manson comes to town! And she dang sure best not mess with Taylor Momsen looking like this.

The above photo is an infamous one of Aniston from her High School prom back in the mid-80’s. Even for an embarrassing prom photo Jennifer still looked pretty hot and hey it was the 80’s. We thought we’d have a little Photoshop fun and create an image of what a “dumpy teenage goth” Aniston might have looked like.

Here are the results! 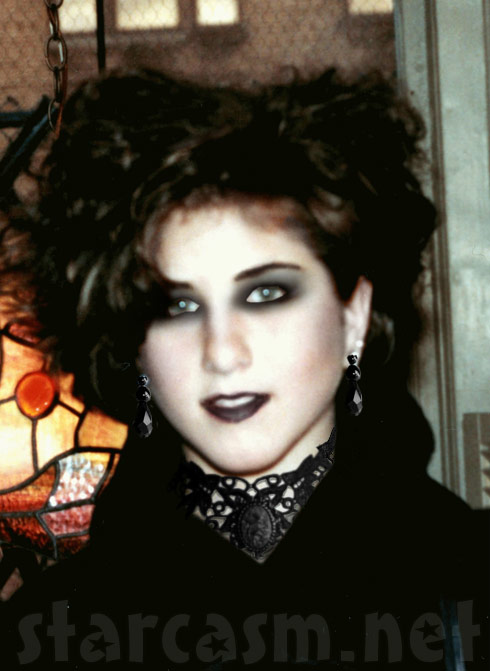 ^Jennifer Aniston as a goth teenager

So whatcha think of JA as a goth chick? Hot or not?