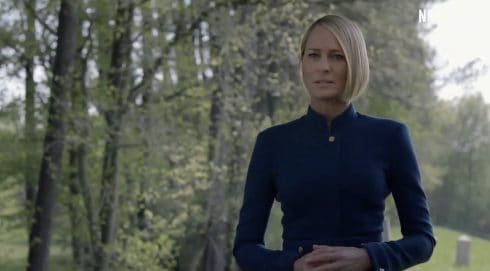 !!ATTENTION!! Spoilers ahead for the final season of House of Cards. Proceed with caution.

Last October, actor Anthony Rapp accused Kevin Spacey of sexual harassment. Rapp claims Spacey made a sexual advance against him in 1986 when Spacey was 26 years old and Rapp just 14. Harry Dreyfuss, son of Oscar-winner Richard Dreyfuss, also accused Spacey of groping him repeatedly when he was 18.

Other actors and members of the entertainment industry came forward with similar claims. Spacey’s behavior on the set of House of Cards was described as “predatory” and some say Kevin’s habits included “nonconsensual touching” and “crude comments”.

Netflix had no choice but to fire Spacey and announced that House of Cards would be ending after its sixth season.

Netflix will not be involved with any further production of House of Cards that includes Kevin Spacey. We will continue to work with MRC during this hiatus time to evaluate our path forward as it relates to the show. We have also decided we will not be moving forward with the release of the film Gore, which was in post-production, starring and produced by Kevin Spacey.

Fans were left wondering what would happen to the long-running series in Kevin’s absence. In March, Netflix released the first teaser trailer for the upcoming season. In it, we learn that Claire has taken over the position of Commander in Chief, but where does that leave Frank?

Netflix put all the guessing aside yesterday when they shared another teaser for the new season.

“I’ll tell you this though Francis,” Claire begins. “When they bury me, it won’t be in my backyard. And when they pay their respects, they’ll have to wait in line.”

The camera pans down and you can see Claire was standing in front of two graves. One grave says “Calvin T. Underwood” and the other reads “Frank J. Underwood 1959-2017 46th President of the United States of America”. 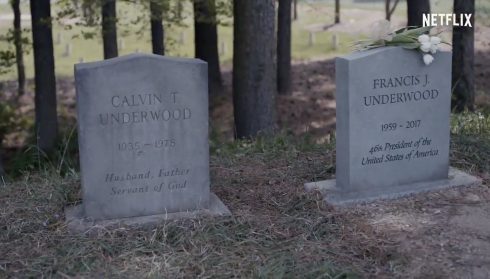 You should have known. pic.twitter.com/UFGplyDSY1

So there you have it folks, Frank Underwood’s demise is confirmed, and he’s officially six feet under.

Don’t forget to catch the final season of House of Cards when it premieres on November 2 on Netflix.

Arrested Development is coming back for a fifth season next year