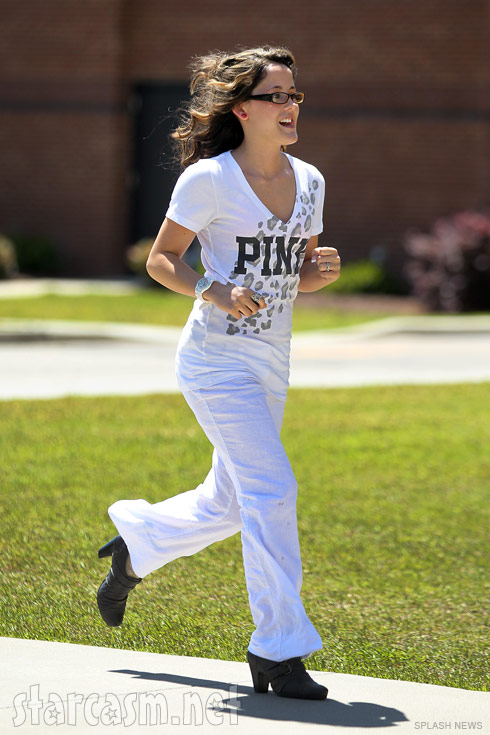 Jenelle Evans will fight you.  Just ask her mom Barbara, her delper of a boyfriend Kieffer Delp, her roommates (allegedly), Brittany Maggard, Britany Truett and just about anyone else from Brunswick County, North Carolina.

Well you can add her lawyer Dustin Sullivan to that mix because Evans’ legal rep told Radar that if a settlement is not reached in regards to the charges stemming from her videotaped fight with Britany Truett that the Teen Mom firecracker is ready to “fight” the charges and go to trial.

“We’ll take this to trial.  If the district attorney doesn’t offer a deal to Jenelle we’re prepared to have a trial.”

Evans is scheduled for court today over the now infamous caught-on-tape beat down.  This is just the first schedule appearance in regards to the fight but Sullivan is hopeful that a settlement can be reached.  Perhaps part of her defense will kind of be like the following Twitter response she made on Sunday:

Sadly, this isn’t Jenelle’s only court date this week as she’s scheduled to head back on Friday for a breaking and entering arrest from back in 2010.