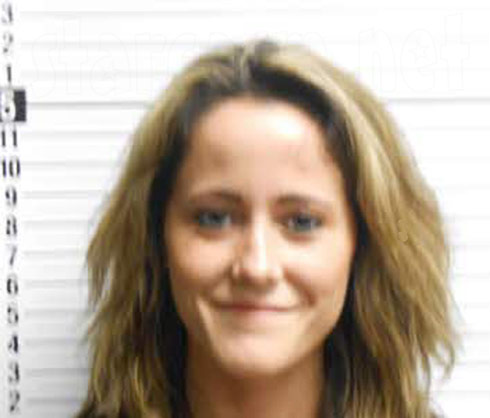 We reported earlier today that a warrant was issued for the arrest of Jenelle Evans after the Teen Mom 2 star missed her scheduled court appearance for a misdemeanor cyberstalking charge filed by her ex-fiance Gary Head. Jenelle turned herself in later in the day and was soon released on $1,000 bond, but not before the 21-year-old mom added two more mug shot photos to her ever-growing collection! 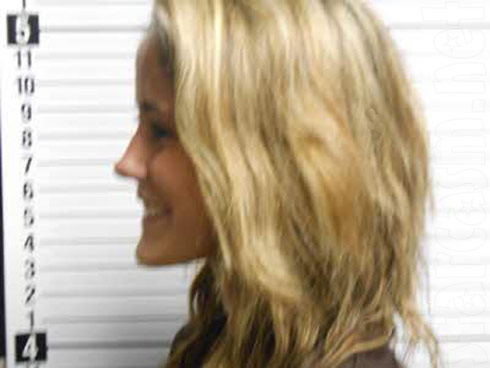 In the most recent Jenelle Evans mugshot photos, she can be seen smiling widely in both the straight-on and profile shots, which were exceptionally blurry — something unusual for Brunswick County. (Trust me, I’m an expert by now!)

Despite the apparent Vaseline filter on the booking camera, Jenelle looked pretty darn good! Some of that could probably be attributed to the fact that she reluctantly did the whole makeup regimen this morning. “I hate the process of putting on makeup :/” Jenelle tweeted at 7:44 AM.

And just in case you’ve lost track, here are all of the Jenelle Evans mug shot photos we have to date: