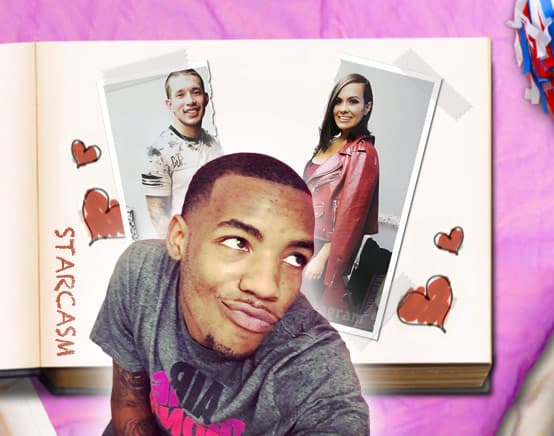 In addition to having her breasts raised courtesy of Snapchat plastic surgeon Dr. Miami, Teen Mom 2 star Briana DeJesus also raised the eyebrows of fans when she revealed that her (maybe not) ex Javi Marroquin was in Miami with her. Rumors of a reconciliation began to swirl around the Teen Momiverse, but the potential #Javiana renaissance was apparently short lived because Javi noped out on Briana when another of her exes, Nova’s dad Devoin Austin, showed up unexpectedly!

Briana revealed the Devoin scoop during a doped up Instagram live session recorded at an Airbnb in Miami. She said that the plan was for Devoin to stay with her mom Roxanne in Orlando to help take care of their daughter Nova while Briana was recovering. But, Roxanne decided to surprise Briana in Miami, and Devoin went along — still to help out with taking care of Nova. That didn’t sit too well with Javi, and Friday he shared on his social media accounts that he was heading out to a club. “Javi went out to get a drink because mom surprised me with the girls,” Briana confirmed, seemingly underplaying the Devoin angle.

Fans continued to inundate Briana with questions about Javi, but she was reluctant to share any details. “You guys keep asking the same questions, and I want to answer, but I don’t know if I’m really allowed to or not,” Briana said. She eventually did share some info though. “I obviously love Javi a lot and we’ve been through so much this last month,” Briana admitted. “I think we are both ready to just let it all go and try to fix it.” She later added: “We fixed it. We’re good Javi and I.”

So does Devoin making the trip change Briana’s opinion of him? Not too much apparently. “I still f**king hate him,” she said flatly. “I want to punch him sometimes. But, that’s Nova’s dad, and…whatever.” This was right after she called Devoin in to find her a charger for her iPhone, which was running out of power during her live stream. Devoin obliged and eventually had to shift the bed to get it plugged in — all while Briana went on and on about how slow he is. Dang Bri! Dude is there giving your phone power in the middle of the night! You should pull back just a tad.

In one of Briana’s videos you can see Devoin in the background, revealing that he was not only helping with his daughter Nova, but was also assisting with Nova’s younger sister Stella: 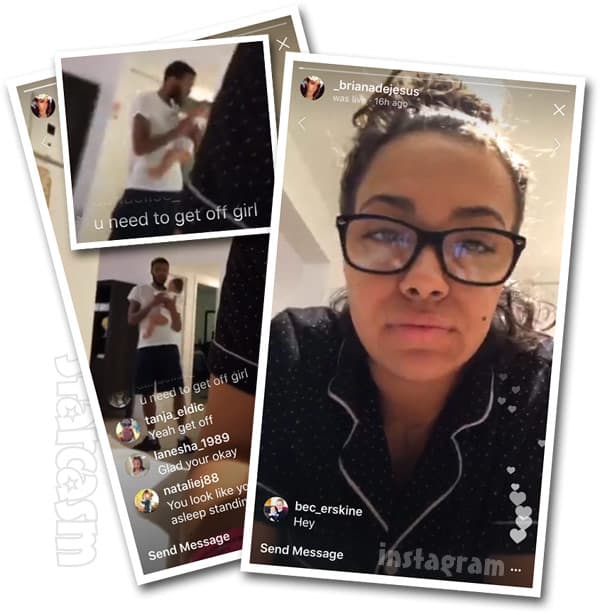 Meanwhile, Javi took to Twitter to sort of address what happened. “Lololol I didn’t run away because of anybody. Removed myself from that mess. My parents worked their ass off to raise me right so I’ll be dam if I stoop down to that level ??‍♂️ #peaceoutmiami.” He added: “No bad blood. Time to refocus and get my priorities back in line.”

His next tweet seemed a little more specific in regards to what went down with Devoin’s “surprise” visit. “I won’t say I was set up but people def knew they were coming and lied. Not about it. Err. Nope. Sorry.”

Devoin also responded to the controversial pop in on Twitter. “Def not here to be in anybody business,” he tweeted. “I’m here to give some relief when it comes to taking care of my child.. Plus.. Who doesn’t wanna be in Miami ??!? ??”

There was also this debate that started after Devoin first announced he was in Miami:

TWEETER 1: Briana is outta pocket having @Javimarroquin9 show up if she knew that she was having you there. She is a joke and such a bad example as a mother. The whole family is

TWEETER 2: Actually Javi is out of pocket. Briana had no idea they were coming. Briana is high out of her mind right now in pain and trying to recover. She doesn’t even know Javi left her. For Javi to act like a little B!TCH boy right now is so wrong.

TWEETER 1: Girl be gone. Briana don’t know why man she wants. She is sleezy. She knew ahead of time Devon was gonna be there

DEVOIN: Lol naa she accurate asf which is kinda scary.. But the last sentence nun my business. Ya digg

I don’t know about you folks, but my Producer Interference Detector is going haywire over this whole situation. I thought Javi being in Miami might have been at the behest of production for the sake of the cameras, but to then have Devoin just happen to show up too? That had to have been scripted. I can believe that Javi didn’t know, but the rest sounds like a lot of unreal reality TV shenaniganism. In real life there just aren’t that many well orchestrated “surprise” out of town baby daddy and ex convergences like this.

As a final update, Javi is on his way back to Delaware where he will be at home watching his Philadelphia Eagles in the Super Bowl with his son Lincoln on Sunday. Briana says she has taken two weeks off from work to recover from her surgery. I assume she will remain in Miami for at least a few more days. No word on how long Devoin plans to be there.

UPDATE – Javi has landed back in Delaware and he’s all caught up on the drama it seems. Here are his tweets after touching down:

Damn and to think I was sleeping in peace on this plane. Landed back in philly thoooooo #FlyEagleFly #eagles

At the end of the day a good relationship with my sons mother will make Lincoln the happiest. I lost sight of that. This trip made me realize that and I’ve apologized to kail for my actions.