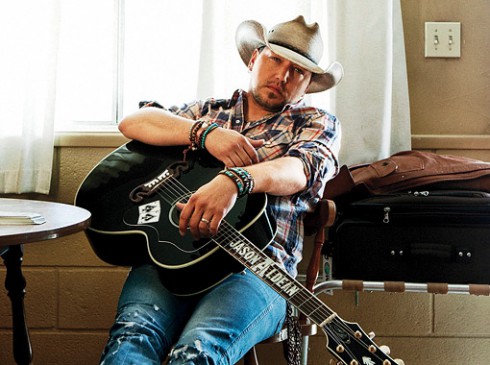 Country music star Jason Aldean has posted a message asking for prayers for the family and friends of the pedestrian his tour bus accidentally rode over and killed this morning.

At around 1:30 AM in Knox County, Indiana, Albert Kennedy, “walked out into the middle of the roadway” and was struck by Aldean’s bus on the northbound lane of US 41 North, the official police report said.

When the coroner arrived on scene he pronounced “the individual deceased from trauma to the head and chest.”

Knox County Sheriff Michael Morris confirmed that Aldean, 36, was on the bus at the time the accident happened. The “My Kinda Party” singer took to social media to express his condolences:

With a heavy heart, I’m sad to say that a man passed away last night after stepping out in front of my bus in Indiana. In all the years I’ve been touring and all the miles we’ve driven, nothing prepares you for something like this to happen.

TMZ was told that the bus driver was not at fault and that the driver did everything he could to avoid the tragedy.

According to a recent press release from the Vincennes Police Department, Kennedy was arrested on October 8 at 5:13 PM for walking down the middle of the same highway:

Officers with the Vincennes Police Department were checking on a report of a male identified as Albert Joseph Kennedy, 49, of Bicknell, IN walking in the roadway on U.S. Hwy 41 S. at N. 6th St.Vincennes, IN. Kennedy was located walking on the center line on U.S. Hwy 41 N. walking south, causing vehicles to have to brake on the highway. Kennedy, having been warned to stay out of the roadway by the Knox County Sheriff’s Department, was arrested for Obstructing Traffic, class B misdemeanor. Kennedy is being held in the Knox County Jail on $3000 bond.

Aldean added, “I’m praying for Albert Kennedy’s family and friends today and ask that you do the same.”

Neil Patrick Harris is going to host the 2015 Oscars