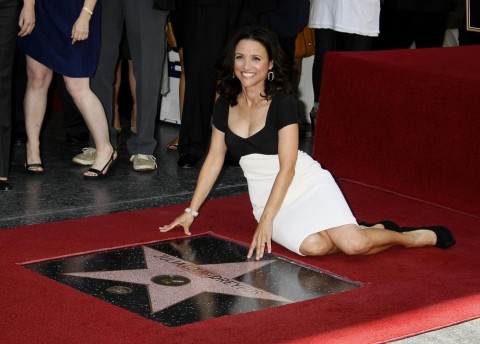 It hasn’t taken long for Julia Louis-Dreyfus to find gainful employment after CBS canned her network show The New Adventures of Old Christine.

Louis-Dreyfus has signed on to star in and produce Veep, an HBO comedy pilot written by Simon Blackwell and Armando Iannucci.  Julia will play Vice President and former Senator Selina Meyer who discovers that being the V.P. is, “nothing like she expected and everything everyone ever warned about.”

It should be interesting to see what the Seinfeld veteran can do with the freedom that comes along with a pay T.V. show gig.  HBO has a great track record and her appearance as herself in Larry David’s Curb Your Enthusiasm was highly entertaining.  Julia’s venture with HBO had been rumored for months before the now 49-year-old actress signed on.

Iannucci, a highly regarded writer and political satirist, had a short run show of his own in Britain that remains popular among his cult fans.  For a taste of the kind of humor you can expect to come from Veep here is the most viewed clip on YouTube from The Armando Iannucci Show entitled “Village Sniper.”

Photos: Julia Louis-Dreyfus receiveing her misspelled star on the Hollywood Walk of Fame