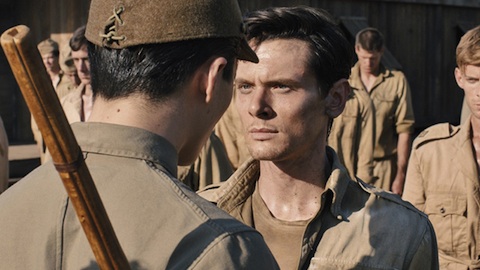 Angelina Jolie is not having a very good day.

First, the hacker attack that breached Sony Pictures’ venerated walls revealed that heavyweight producer Scott Rudin thinks Jolie is “a minimally-talented spoiled brat.” Or, at least, that’s the story for now; doubtless the studio will say some intern wrote the e-mail on Rudin’s behalf, and allow him to save (some) face.

But now, Japanese conservatives have a problem with Jolie. And their concerns are more than just artistic.

Nationalists in Japan are furious over Unbroken, Jolie’s major directorial debut, which hits theaters on Christmas Day. They say her depiction of Japanese guards in a prisoner-of-war camp during World War II is racist and unfair, and they’re calling for a nationwide banning of the film. 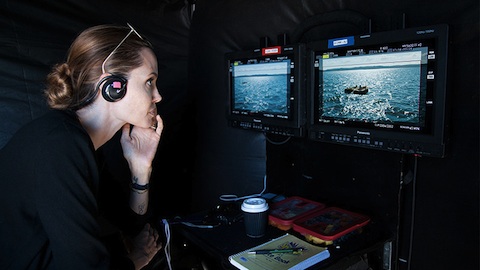 Hiromichi Moteki, secretary general for the nationalist group the Society for the Dissemination of Historical Fact, told the Daily Telegraph that Jolie’s work is “pure fabrication…If there is no verification of the things he said, then anyone can make such claims. This movie has no credibility and is immoral.”

Indeed, a Change.org petition seeking to ban the film from Japanese motion picture houses has attracted nearly 10,000 signatures in just a few short hours. The petition claims that Unbroken is “contrary to the facts.”

On the other hand, Mindy Kotler, who represents Asia Policy Point, counter-argues:

It is one thing to question the memories of illiterate women who were forced into sexual slavery for the Japanese military. It is quite another to question the memory of a white male Olympian who was a disciple of Billy Graham. Further, there is plenty of documentation on the abuse and tortures inflicted upon POWs. There is also plenty of eyewitness and forensic evidence of Japanese cannibalism of prisoners as well of fellow soldiers….It is outrageous and reprehensible to deny what happened to Louis Zamperini.

Jolie’s film is based on the story of Louis Zamperini, the Olympic distance runner who, while a soldier in the Pacific during the Second World War, drifted at sea for 47 days following the crash of his airplane. He and his crew were captured by the Japanese, where they were held prisoner for over a year.

The film was written by the Coen brothers, and is based on the book by Lauren Hillenbrand, of Seabiscuit fame.

Was that “Secret of Love” letter floating around the internet written by Brad Pitt?