We all love a good villain, so there’s nothing better than a good villain backstory. In Disney’s Maleficent Angelina Jolie depicts the transformation of a good hearted fairy into the “the Mistress of All Evil” after she suffers a staggering betrayal and loses her fairy wings. This new live-action movie, (out May 30) written by Linda Woolverton, offers a backstory to the evil fairy character created for the 1959 animated version of Sleeping Beauty.

There are many different versions of the Sleeping Beauty centuries old fairytale, but none before the 1959 Disney film had a character quite like Maleficent. In a ballet version there is an evil fairy called Carabosse, and in many versions of the story an evil fairy appears to curse Aurora (or Briar Rose) at her birth, then isn’t mentioned again. When Maleficent was created to represent this evil fairy in the 1959 film, she had no sympathetic past, she was just pure evil. She was designed by Marc Davis with green skin, yellow-green eyes, and a two-horned headdress. She was made to resemble a vampire bat with a long, narrow chin, arched eyebrows and a smile that’s more sinister than her scowl. She carries a staff and can disappear into a puff of green smoke. She has minions and a pet raven and lives in a a scary, gothic castle. 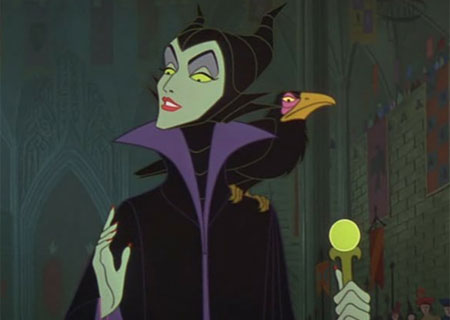 Eleanor Audley, who also voiced Cinderella’s evil stepmother Lady Tremaine, voiced the original Maleficent, and even dressed up in costume for some live action performances to help inspire the animators. Her voice and presence also helped develop the look and character of Maleficent. (Eleanor had some pretty cool arched eyebrows of her own!) 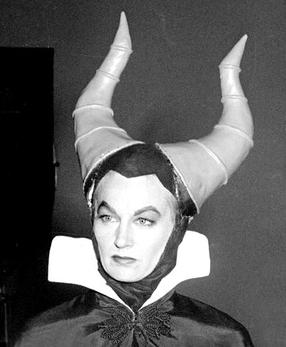 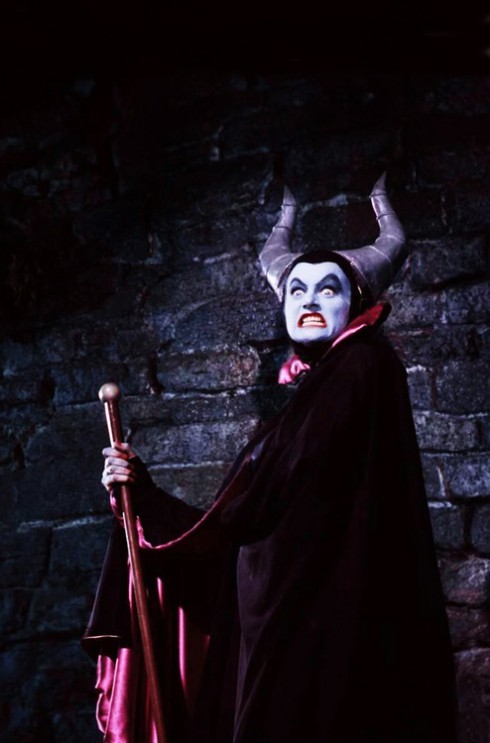 Towards the end of the animated film, Maleficent appears as a dragon, something we’ll see in the Malificent film. Studio production chief Sean Bailey confirmed this, “We’ll see the epic battle with of the dragon, but this time, just maybe, we may find ourselves rooting for the other side.”