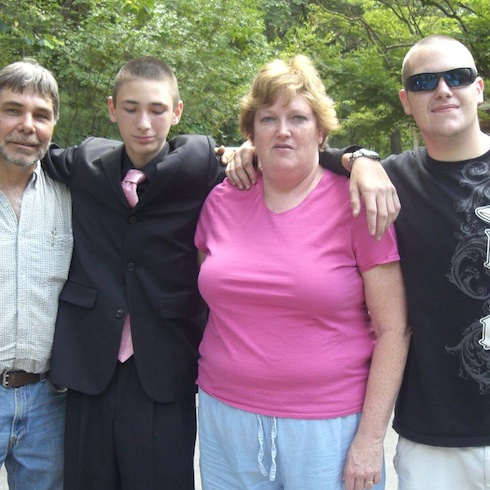 Nancy Gordeuk found herself at the receiving end of intense scorn this weekend, after racist remarks she made at her own school’s graduation went viral. And “her own school” really does mean “her own”–Gordeuk is the founder and principal of the TNT Academy in Stone Mountain GA. When an oversight on Gordeuk’s part led to some members of the audience getting up to leave before one student’s speech, Gordeuk went, to quote the man in the clip, “off her rocker”:

Now, Gordeuk wants to apologize. Although the reason she gives for her remarks is probably not going to satisfy everyone. “The devil” is the reason for her outburst, according to an e-mail Gordeuk sent the parents of students in the graduating class. According to the Washington Post, the e-mail reads as follows:

A terrible mistake on my part was the graduation ceremony on Friday night. The devil was in the house and came out from my mouth. I deeply apologize for my racist comment and hope that forgiveness is in your hearts. We all make mistakes and anyone that knows me realizes that I try my hardest to work with the students for them to obtain their goal of a high school diploma. I do not think I have discriminated against any family in the school. I just pray you will realize I am a human and make mistakes just like everyone else does and be willing to forgive and move forward instead of concentrating on the bad of the situation.

Gordeuk’s apology did not sit especially well with its recipients:

Rules for an apology: Don’t tell the wronged to get over it. Accept YOUR responsibility. The devil wasn’t in that sanctuary. #NancyGordeuk

Where is the “Success Meme” kid now?