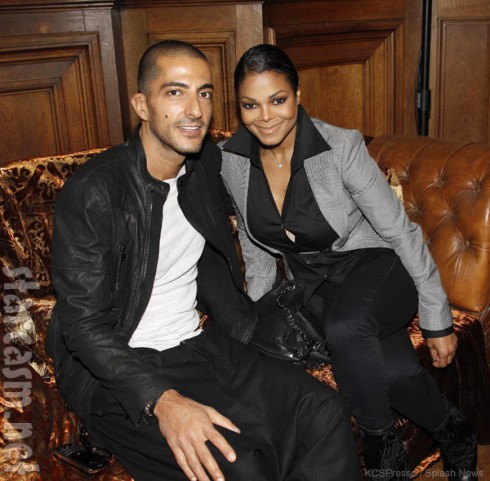 Janet Jackson and Qatar billionaire businessman Wissam Al Mana became engaged recently — but don’t expect to see Janet’s new bling anytime soon. The singer/actress’ engagement ring is reportedly so huge that she keeps it “locked away” for security reasons. In addition to that, her husband-to-be is allegedly planning an over-the-top wedding that will rival royalty.

According to Us Weekly, Janet’s beau, 37, “gave her a huge, expensive ring” earlier this year, but she won’t wear it. “She’s afraid it will get lost, so she keeps it locked up,” the source claims. What is the point of a ring that you can’t even wear? (Unless it’s candy!) Besides, can’t a billionaire drop a little coin for a backup “lil” ring for everyday use?

As for the couple’s big day, Janet’s fiance will reportedly spend “millions” and plans to hire a top chef to design a custom menu fit for a king and queen (or a luxury brand mogul and his pop star wife). The source adds that wedding is sure to be a “circus” and to be sure that all of Janet’s closest friends and family are able to attend the event, he has arranged for them to be flown out on private jets.

Once the couple walks down the aisle, Janet, 46, will want for nothing (not that she does now) — and that means getting her wish of having a family of her own no matter what hoops she may have to jump through. “She wants kids,” a Jackson family source reveals. “If she can’t have them, she will adopt.”

Anybody else find themselves singing, “My first name ain’t baby, it’s Janet, Miss Mana if you’re wealthy and pretty damn fine to boot!”

Kylie Jenner definitely pre-engaged to Tyga, wearing promise ring she may have bought herself

Is 19 Kids and Counting’s Jessa Duggar engaged to Ben Seewald?